Flattery gets us nowhere

Flattery gets us nowhere 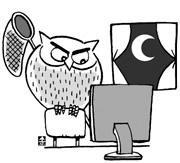 A loyal officer who helps the king achieve his goals is called a chung-shin. But a disloyal officer is known as a gan-shin.

A gan-shin is likely to be misunderstood. We perceive this person as wicked - an officer who flatters and then does foolish things behind the ruler’s back. The gan in gan-shin means “careful lies.” The disloyal officer is greedy and ends up spoiling plans.

However, it is not easy to define a gan-shin. The assessment can change depending on one’s point of view. If one has a favorable assessment of a person, he is likely to consider him a chung-shin - or a gan-shin in the opposite case.

However, a gan-shin is not necessarily an officer who makes it his business to flatter. On the contrary, it can be a stubborn person who tries to achieve his purpose and does not resort to excessive praise of the king.

There is another term for a shrewd officer who covers the king in flattery: He is known as a yeong-shin.

Emperor Tianqi of the Ming Dynasty was the so-called carpenter emperor. From an early age, he was an avid carpenter. His adviser, Wei Zhongxian, was the typical yeong-shin, who gained promotion to high positions by lavishing all manner of flattery on the emperor to earn his favor. Wei usurped power in the name of Emperor Tianqi, who was more interested in carpentry than power, thus propelling the dynasty’s demise.

Such yeong-shin must be highly guarded against because they betray their masters and further bring about the demise of state and society. For a leader at the height of power, they are the first subjects to guard against.

We wonder why the Ministry of Unification has proposed that the Sunshine Policy be renamed the “Reconciliation and Cooperation” policy in referring to South Korea’s policy toward North Korea. This is curious, particularly in the midst of widespread rumors that Kim Jong-il is suffering health problems.

We understand the need to find a suitable name for our North Korea policy, but the proposed name change makes us wonder whether it wasn’t an attempt to differentiate themselves from those of the past administrations, with an eye toward the Blue House’s approval.

The National Police Agency, found incompetent during summer’s illegal rallies, is now fiercely battling against the sex industry, and the National Intelligence Service is proudly disclosing all the details it knows about Kim Jong-il’s health.

Perhaps they are trying to flatter the Blue House. Their actions remind us of yeong-shin.