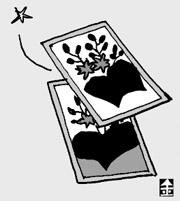 An amusing episode happened at a Cabinet meeting recently when Strategy and Finance Minister Kang Man-soo fell asleep next to President Lee Myung-bak. Despite Lee’s continued prodding to the ribs, Kang could not shake off his sleepiness.

But Lee’s heart seemed to go out to the minister buffeted by the de facto war surrounding Korea’s foreign currency reserves. Economic policy makers have continued to misplay the card. Calls for a meeting among Korean, Chinese and Japanese financial ministers echoed in empty space, yielding no fruitful results. The same may be said of the won-dollar currency swap arrangement. To this end, Korea’s credit rating should be near the highest level, AAA, like most developed countries. However, Korea’s national credit rating still remains at A.

But currency speculators are betting that Korea will not sell U.S. Treasury bonds because of the Korea-U.S. alliance. It seems a difficult time for Korea to dump its U.S. Treasury bills, as America goes through its financial turmoil.

A bonds-dollars swap may serve as a stepping stone to borrow dollars from the U.S. Federal Reserve by using the bonds as mortgage. It will minimize shock and confusion from the U.S. market and reject speculators’ misunderstanding at the same time.

Political circles have also yielded no tangible results in this regard. Adjustment of the International Taxes Act is a prime example.

The legislation was designed to set a ceiling on loans of the Seoul branches of foreign banks, as the market was overflowing with dollars last year. Now some foreign banks’ Seoul branches are forced to stop taking in more dollars because of this unpopular act.

If they succeed in taking in more dollars, they can enjoy profits of 4 to 5 percent without taking any risks.

The National Assembly would be better served to pull out faulty electric poles, than collect dollars hidden away in a closet.

However, we were fortunate to witness “catch two pigeons with one bean” in the Seoul Foreign Exchange Market when Samsung Electronics, Posco and Hyundai Motors released billions of dollars to defuse the volatility of exchange rates.

There is no time for repeated failures as the foreign currency reserve dwindles. The Blue House is still insisting that the current economic team is doing a “good job.” However, whenever they play risky games, they always seem to lose.