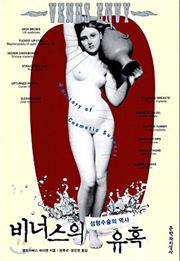 “Venus Envy: A History of Cosmetic Surgery” by Elizabeth Haiken begins with a tale about Barbra Streisand.

During her heyday in the 1960s, the masses were more fascinated by her “big nose,” rather than her acting and singing abilities.

Magazine features on Streisand never failed to mention her nose. What really had people talking was that Streisand had no intention of getting plastic surgery despite the public’s obsession with her nose.

Elizabeth Haiken, who teaches history of medicine, mentions that having a small nose like Jackie Kennedy’s was one of the American ideal standards of beauty in the 1960s.

This drove Jewish and Italian teenagers to ask for plastic surgery as graduation gifts.

The author points out that Americans consider plastic surgery a pastime.

These cultural standards lead us to think that small breasts, big noses, and wrinkles are “diseases” that need to be cured.

In a world where beauty is equated with money, the U.S. has become a society that “recommends plastic surgery.”

Haiken argues that the plastic surgery boom can be attributed to changing American attitudes toward the body and unspoken conflicts over racial characteristics.

She also examines the intertwining influences of wartime medical advances, pop psychology, racism and, oddly, a certain strain of feminism that champions surgery as a path to self-determination and self-improvement.