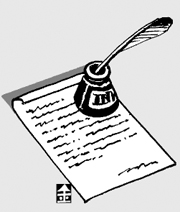 Historical fiction fever is on the rise. A narrative genre that melds fiction with historical fact, it has taken international culture by storm for the past few years.

Behind this boom is a change in our perception of history. French sociologist and historian Raymond Aron once said, “Historical understanding is from the beginning a reconstruction. There is no historical reality that we can simply faithfully reconstruct.”

As the lines between history and fiction begin to blur, there are even those who view historical narration no longer as truth, but generalized literature.

There are case in which fiction writers have challenged historians.

“The Da Vinci Code,” which presents a subversive alternative to Western Christian tradition, says that “the history we know is definitely not a trustworthy book.”

Fans have also praised this questioning of history.

“History is fabricated and fabrication is historicized,” said literature critic Park Jin. Park wrote that fiction “is a narrative genre dominant in our age together with science fiction and fantasy, indicative of the post-modern sensibility and cognitive situation.”

He asked, “If a historian is the individual who endows the structure of a composition to a historical flow that has no beginning and end and transcribes it into a probable story, then couldn’t fiction writers just as well become historians?”

Of course, fiction is often entangled in disputes over whether it has distorted history. The argument is stronger if one believes that clear and absolute facts exist.

Some Korean historical fiction only borrows the name of a real person or sacrifices minimal historical conformity for dramatic fun. An example is the young prince in the KBS drama “The Great King Sejong” being kidnapped from the street in daylight.

The hit drama about Joseon Dynasty painter Shin Yun-bok “Painter of the Wind,” is embroiled in a dispute over historical distortion. Ahn Hwi-joon, head of the Cultural Properties Committee, criticized the drama, saying, “Making Shin Yun-bok a woman dressed as a man is clearly wrong and will give people the wrong picture about history.”

But some assert that it is in this impertinence of imagination, boldly turning over a historical fact that everyone knows, that lies the popularity of the drama.

It is the era of historical fiction. History may already be not that of those who record, but imagine. Furthermore, don’t we live in an era where, as Hollywood location expert Bill Bowling said, “The greatest country in the world is the country of imagination”?