The rise and twilight of great Chinese chefs

The rise and twilight of great Chinese chefs 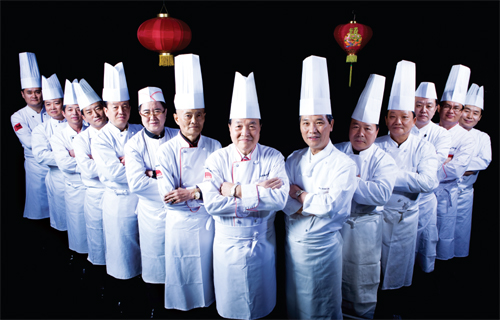 
Korea has its fair share of Chinese chefs and - as in other places worldwide - they have made their individual mark here in the development of “original” Chinese cuisine. Nevertheless, these legendary chefs often hesitate when asked to reveal their occupations, even those who command dozens of cooks and have daily sales of 40 million won ($27,000). This has been partly caused by social prejudice that chefs have anything but a glamorous job. Added to this has been lingering discrimination against Chinese expatriates.

Regardless, Chinese cuisine was at one time regarded as the only game in town when it came to luxurious dining out with the family or when taking clients out to an important dinner. Experts say that the heyday of Chinese restaurants was from the 1960s to the 1980s. With the help of 40 top Chinese chefs, the JoongAng Ilbo has traced the origins of the four most famous Chinese restaurants that operated within Seoul and located their family trees.

The history of Chinese cuisine stretches back beyond the four main restaurants. The first one landed here literally when the Incheon Port was opened to foreigners in 1883. The Aseowon - the first of the four most famous Chinese restaurants - dates back to the early 1920s. In the ’60s and ’70s it was the venue for the country’s most important business meetings. Daughters of the jaebeol families used to learn their cooking skills there. And it was the first place to use liquefied petroleum gas in a new kitchen. Any aspiring cook in the Chinese cuisine yearned to work the Aseowon. But the good times were over by 1978, and the Aseowon closed its doors.

Hongboseok opened for business in the mid-’70s in Dongbuichon-dong and was frequented by celebrities at the time such as Nam Jin and designer Andre Kim. The restaurant’s technique in presenting Sichuan style Chinese cooking was famous.

Then came the Hohwadaebanjeom restaurant at Myeong-dong’s Savoy Hotel. The restaurant opened up the age of Chinese restaurants attached to hotels. Former President Kim Young-sam and Hong Kong movie star Jackie Chan are said to have been frequent guests. The restaurant had a reputation for preparing exotic dishes that were thought to be good for health. One such meal was steamed turtle. The restaurant operated an aquarium inside the kitchen for the creatures awaiting D-day. Then there’s The Shilla Hotel’s Palsun, which is the only restaurant of the original four that still operates today. Cooking experts say that Palsun played a pivotal role in elevating Chinese cuisine here to a luxurious food experience. Hu Deok-juk, who was selected as the second in command of the restaurant when it opened in 1979, has been working for 30 years developing more than 200 menus.

Until the 1960s each Chinese restaurant had its own territory. For instance, places like Taehwagwan served as a gathering place for office workers while also being an entertainment venue. Nevertheless, at the end of the ’60s, Yong Gung, a Chinese restaurant attached to the Bando Hotel, invited a famous Chinese cook from Hong Kong and introduced Cantonese cuisine to the country for the first time. It was a defining moment in the country’s Chinese culinary history. From then on Cantonese cuisine spread like wildfire and was in vogue for some time. The emergence of Yong Gung also heralded the beginning of an age in which Chinese restaurants would constantly seek to introduce new dining experiences and break away from the traditional Chinese food establishment. One example was the Oebaek that was on the fourth floor of the Daerim Building in Euljiro. Oebaek served dim sum, Hong Kong style dumplings, in small dishes, a concept unheard of at the time. The restaurant’s rooms were always booked by celebrities and politicians. Up to 30 waiters were employed.

Despite the popularity of their restaurants, the government put a lid on Chinese immigrants, and many seasoned Chinese chefs left for the United States or Taiwan while young chefs even went to neighboring Japan. Then in 1974, chefs Pa Bon-hang, Oh Hak-gi and other Chinese culinarians who were considered on top of their game opened up Hui Rae Deung on Namsan. This restaurant tried the approach of presenting fusion Chinese cuisine that borrowed ideas from Japanese-style Chinese food. The restaurant’s big success spurred the opening of other Chinese restaurants.

At the time, Hong Bo Seok became a restaurant to be reckoned that was located outside the old four main gates of Seoul. Located in Dongbuichon-dong, the restaurant served as gathering place for celebrities and the newly rich. At its heyday in 1976, it moved its location to the Daewoo Building in downtown Seoul where it groomed many chefs.

Starting in the mid-’70s, Chinese restaurants attached to the big hotels made their splash in Chinese cuisine here with the opening of Ya Sang Hae in 1974 at the Pacific Hotel. Then Chinese restaurants moved to the government-developed Gangnam area. Huge Chinese restaurants - like the Chinese Wall - opened up where 45 cooks served the needs of up to 2,000 people per day. In good times, the restaurant had daily sales of 45 million won, equaling that of an apartment’s rent in Gangnam.

Nevertheless, as the country became more exposed to food from other cultures, the dominance of Chinese restaurants as social gathering places lessened. The emergence of large Korean-style restaurants and people’s preference to hold company gatherings there chipped away at the firm grip Chinese cuisine once had. Today, there are no more kitchens operated by entirely Chinese expats. Chinese from the mainland or Koreans who have learned their trade at college are mixed with overseas Chinese. There are no longer the Chinese schools of cooking that once defined the restaurant a great chef worked in. 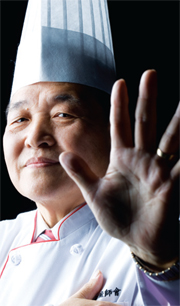 Born in 1939. Currently taking a break from work.

“In the early morning hours we had to get up to light the stove. It was before we had gas stoves. We had to do it twice a day and getting the right temperature was quite a hard job. Washing the dishes was another task that made life hard. Our hands were always in bad shape. When you were one of the lower-ranking cooks staying in the kitchen and found yourself idle, you were always getting reprimand by the senior cooks or chefs. They’d throw a ladle at your forehead. It was a time when cooking Chinese food wasn’t really a choice. It was something passed down from generation to generation. We were poor. You had to cook to make a living. Today, the young Chinese expats here don’t cook. In the old days, we wanted to get away from cooking, wanted to get away from that karma. Nowadays, we are worried that the art will die out. I think that is one of the reasons why members of the Hohwadaebanjeom still meet today after 30 years: We know we might be the last generation to know this art.” 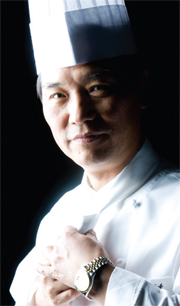 “I went to the Shilla because I was interested in overseas training, although the salary was lower than other restaurants.

When I went to the Japanese Okuran Hotel for training, I was quite shocked to see how much pride their chefs had.

At the time, being a chef in Korea carried little, if any, prestige.

I had so many people around who hid their profession.

After my training there I visited East Asian countries several times to learn new things.

It was a treasure trove to me. When I went to a restaurant I ordered several food dishes all at once and smelled each dish.

I was sometimes kicked out of restaurants for discreetly taking pictures. After hotels opened up Chinese restaurants, the cuisine here has evolved greatly.”

“In a time when the monthly salary of a top chef was 60,000 won, our restaurant sometimes recorded daily sales of 4 million won. We had a total of 100 staff members from waiters to cooks. 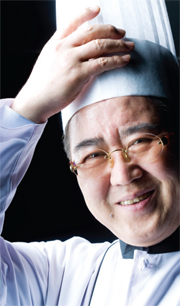 The LPG cooking stove was a sensation at the time.

It made our work much easier. As we had so many guests our waiters became experts in running around with multiple layers of dishes. Being able to handle many dishes was a good yardstick for measuring a waiter.

When a dinner party began, often we would have waiters literally loaded with mountains of dishes. You don’t see that nowadays. In the old days, you couldn’t just become a waiter from the start. You worked your way up the ladder, starting as a busboy. Those waiters who were in charge of VIP rooms had enormous power. Thanks to their distinguished clientele they often came away with substantial money.” 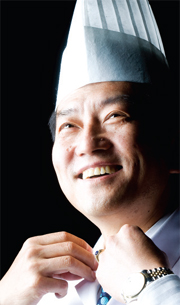 “Hong Bo Seok was a place where the best young technicians of Chinese cuisine gathered.

Its Sichuan style was the most gorgeous and beautiful in the whole country. When the restaurant moved to the Daewoo Building I got an opportunity to work there as the lowest-level cook.

At the time, we had 26 cooks and chefs that were all well respected and famous in their own right. The lower chefs got up two to three hours earlier than the senior chefs and would do the grunt work of preparing ingredients and making some simple dumplings. Then we would wait for the senior guys to come.

When a senior chef needed some help, he would call upon us and that’s when you learned something new. You had to be working hard to get such opportunities. You could only learn from the senior guys by looking over their shoulders.