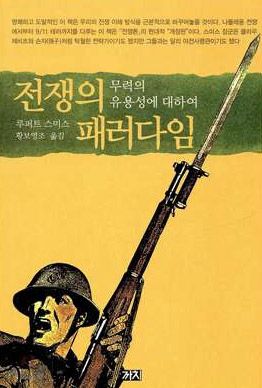 The Utility of Force: The Art of War in the Modern World

Working for the British army for about 40 years, General Sir Rupert Smith focused on the fact that the role of each army depends on both time and the area of the mobilization.

In order to successfully command, military leaders have to change their plans and organizational structure on a regular basis.

During the Cold War in Europe, the British army and NATO prepared for total war. The plan was that if war broke out between the U.S. and the U.S.S.R., the Allies would have to defend Western Europe and then destroy the troops of the Warsaw alliance.

At the same time, the U.S. Air Force would have to use its nuclear arsenal to destroy the Soviet Union.

The European military faced a different kind of conflict in the Gulf War in 1991.

The main goal was not to press the opponent and lead the army to an overwhelming victory.

The soldiers had to keep the Iraqi troops led by Saddam Hussein out of Kuwait.

This was limited warfare. Yet, the concept to destroy the enemy’s military remained the same.

But in 1995 NATO had a very different role: peacekeeping in Bosnia. The concept of the military plan as well as the utility of force had to be completely changed.

In short, its role was to support the police force on the ground and act as a buffer zone between the conflicting parties.

The British military had to deal with a similar change of approach when it went into Northern Ireland in the late 1960s.

After thinking through these issues, Smith, who was Deputy Supreme Allied Commander Europe from 1998 to 2001, devised a new term called “war amongst the people.”

This modern kind of warfare is characterized by troops fighting a specific group of people rather than two nations being at war.

In this new kind of conflict, the objectives change frequently and no one knows when the war started or when it will end.

In addition, military force may not resolve the initial problem.

Smith points out that in order to maximize the value of force, flexibility and changeability are necessary.

Thus, the military paradigm should be converted to a lighter, more flexible one that can help the military adapt to the new environment in a civilian war.

This is a marked change from the Cold War perspective that focused on expensive equipment.

The author wrote this book based on his experience of war.

He led an armored division in the First Gulf War and UN Peacekeeping troops in 1995 in Bosnia.

He also worked as the commander-in-chief of troops stationed in Northern Ireland.

The Utility of Force: The Art of War in the Modern World