Classics and crossovers at Domingo concert

Classics and crossovers at Domingo concert 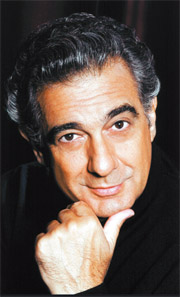 Placido Domingo will perform in Korea next week. Provided by the organizer

In more ways than one, no one in the history of world opera compares to Placido Domingo.

Often bestowed with honors like “the king of opera” and “the greatest operatic artist of modern times,” the Spanish-Mexican tenor has raised the bar for opera singers with his achievements.

Domingo has performed 124 roles in operas, a record that no other tenors have ever attained.

One may think that with all his accomplishments, the 67-year-old is taking it easy now. 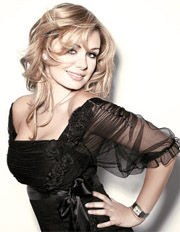 Katherine Jenkins, a classical crossover artist from the U.K., will make a guest appearance at the concert. Provided by the organizer

But with his motto “If I rest, I rust,” Domingo will, in fact, make two more debuts in the coming years - one in “Simon Boccanegra” and another in “Il Postino.”

He is also the sole active performer of the Three Tenors.

Luciano Pavarotti passed away in 2007 from pancreatic cancer, and Jose Carreras has cut back on his schedule.

Domingo will perform in Korea next week, 15 years after his solo recital in the country and eight years after the Three Tenors’ concert here.

“I am delighted and very excited to be able to return to Korea during the serene and beautiful winter season that is upon us,” Domingo said in an e-mail message.

“I truly hope that you will enjoy the music program which I have selected and that the evening will be a memorable one.”

Katherine Jenkins, an award-winning mezzo-soprano from Wales, will make a guest appearance.

Jenkins, who debuted in 2003, has enjoyed success as a classical crossover artist, with six studio albums that have sold more than 4 million copies worldwide under her belt.

Organizers say that they sold 80 percent of the seats in just a month after sales began in November.

Placido Domingo will perform at 8 p.m. next Tuesday at the Olympic Gymnasium in eastern Seoul.

For reservations, contact Hyundai Card at www.hyundaicard.com or Club Balcony at www.clubbalcony.com or 1577-5266.