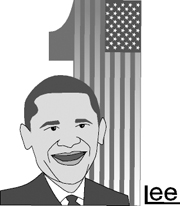 Few hesitate to name Franklin D. Roosevelt as one of the greatest leaders in modern history. The 32nd president of the United States led his country triumphantly through the Great Depression and the Second World War to establish American dominance on the world stage.

According to Justice Oliver Wendell Holmes Jr., Roosevelt had a “second-class intellect, but a first-class temperament.” His infectious and confidence-inspiring spirit, leadership and wisdom accompanied by decisiveness and ingenuity had made Roosevelt a remarkable leader at a time of global crisis.

In 1940, British Prime Minister Winston Churchill requested help in their war against Germany. Britain had been buying weapons from the U.S. to fight off the German attacks, but was running out of funds. Roosevelt engineered the Lend-Lease program to supply war materials for Britain and other Allied nations. To persuade the public and Congress to support his controversial plan, Roosevelt likened it to a neighbor’s property being on fire.

He won over the American public by asking them to put aside their calculations when world peace and freedom were at stake.

President George W. Bush may have dreamed of becoming a successful wartime president. He may have recalled Roosevelt’s decision to lead his country into war after Japan’s bombing of Pearl Harbor, after witnessing the Sept. 11, 2001 terrorist attacks. Bush subsequently declared a “war on terror” by invading Afghanistan and Iraq.

Bush’s defense secretary, Donald Rumsfeld, suggested, “Are we capturing, killing or deterring and dissuading more terrorists every day than the madrassas and the radical clerics are recruiting, training and deploying against us?” as a measure of whether the U.S. was losing or winning the war on terrorism. But American military action only consolidated militant Islamic power. When British intelligence officers asked captured militant recruiters why they joined the jihad (holy war), they said it was because the U.S. started war first.

Britain, America’s biggest ally, officially banned use of the phrase “war on terrorism.” The U.S. State Department also suggested doing the same, but Bush refused. Joseph Nye, a Harvard professor and the new ambassador-designate to Japan, also suggests, “Stop mentioning the war on terrorism, [as] words can really hurt us.”

As Barack Obama took the oath as the 44th U.S. president, he entered a difficult path, confronting a dire economic outlook and an unfinished war against terrorists. He may have a first-class intellect, but whether he finishes his journey like Roosevelt or like Bush, we have to wait and see.