The Northern Sinfonia, one of Britain’s most popular orchestras. Provided by the organizer

One of Britain’s top orchestras is teaming up with one of Korea’s foremost pianists for an evening of Mozart, Beethoven and Brahms.

The Northern Sinfonia, which was founded in 1958, will be performing Mozart’s “The Magic Flute,” Beethoven’s Piano Concerto No. 5 in E-flat major and Brahms’ Symphony No. 1 in C minor, all of which are perennial crowd-pleasers.

On the piano will be prize-winning piano prodigy Lim Dong-hyek, who has won as many awards as he has hearts of young fans. He shot to fame when, as the youngest participant at 12 years old, he placed second in the Chopin Competition for Young Pianists in Moscow in 1996.

Originally, Lim had wanted to be a conductor as well, but he soon realized that he would need all his strength to make it as a concert pianist. However, he might like to take a leaf out of the songbook of the Northern Sinfonia’s current principal conductor and music director. 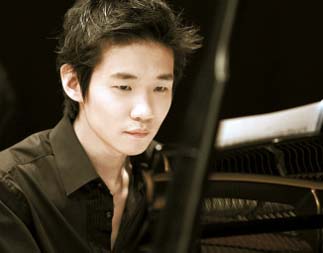 Thomas Zehetmair, the Austrian violinist and conductor, balances life as a musician and as the baton-wielding leader of the British chamber orchestra, which resides in the northeast of England near Newcastle.

In 2006, The Times newspaper in the U.K. ranked the orchestra as one of Britain’s three most popular.