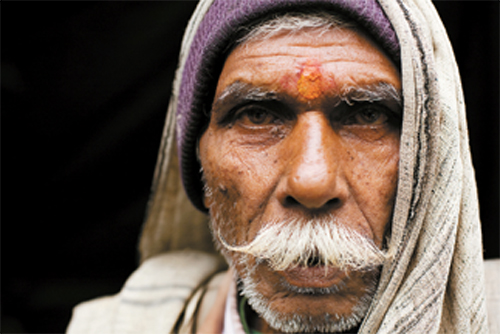 There is a sense of calmness in the photographs of the Himalayas taken by Park Jong-woo.

The pictures of the deep blue sky, water streams flowing high on the mountains and a woman wearing an ethnic costume and accessories suggest an unpolluted nature and a civilization that has not yet undergone modernization. The photographer has tried to record the scenery before it vanishes in the course of development and the pictures are now in an exhibition titled “Himalaya

Monograph” starting today at GoEun Museum of Photography in Busan. 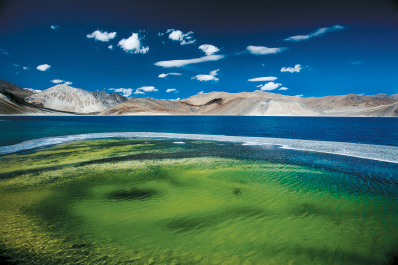 Park, who was mesmerized by the mountains, took photos of the fast-disappearing tribal culture that has existed on the highest mountains in the world for 20 years since 1987. The photos were taken in a 3,000-kilometer-long (1,864-mile) territory that stretches from the west end of the Himalayas in Afghanistan to Myanmar and to Yunnan, China, in the east. Park traveled the area dozens of times to capture the images of this fragile civilization. 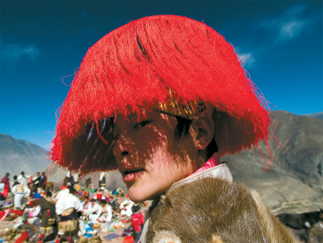 Park said people living in the Himalayas are very religious and worship the surrounding nature. He said he wanted to remember the people he met on the mountain trail. “It was something that I had to record,” Park said.

“Mountain tribes who have preserved their lifestyle for thousands of years slowly adopted a more convenient way of life,” Park wrote in his note. “The faster the loss of tradition and culture, the more apprehensive I felt. I fear that their traditions are going to disappear quickly.

Increasingly, I came to focus on Himalayans, who try to preserve their last remaining traditions.” 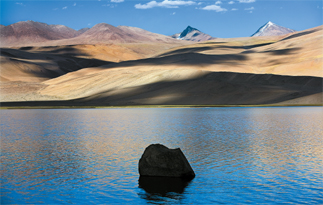 Provided by GoEun Museum of Photography

Park also worked on video documentaries and produced several programs on the Himalayas that aired on Korea’s KBS and SBS and France’s Arte-TV.

Born in 1958, Park worked as photographer for the Hankook Ilbo daily newspaper for 11 years. He also worked on an assignment basis for the Los Angeles Times and The New York

Times. Including the 20-year project in the Himalayas, he took photographs of various cultures and traditions in many parts of the world. He still spends half the year traveling and taking pictures of disappearing tribal cultures. Park has received awards from the Korea Press Photographers Association and Geo Olympus Photography. Park held private exhibitions at Fuji 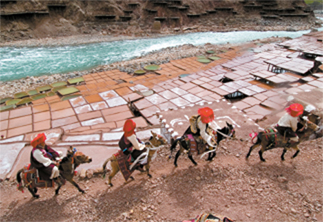