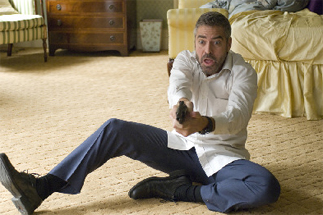 Koreans spend a fortune setting up language exchanges with native English speakers, sending their children to “English villages” where they learn how to live and work in fake Western post offices, fire stations and schools, and of course pressuring them to study, all with an aim to understanding elusive American culture.

Well, I happen to know of an even better class on America, with two of the best anthropologists working today. It’s edifying, cheap and a lot more fun. Just watch (almost) everything the Coen Brothers have ever made.

For 20 years Joel and Ethan-seonsaengnim have brought to the screen beautifully filmed, sometimes tragic, often hilarious dramatic documents of America at different times and places.

“O Brother, Where Art Thou?” celebrated the South of the early 20th century. “Fargo” showed us the unpretentious resilience of the Midwest. “No Country for Old Men” was in some ways a critical reading of the American legend of the old West. And “The Big Lebowski” is a definitive portrait of LA in the early ’90s, and a fount of Zen-like wisdom besides.

“Burn After Reading” is no different, only this time our professors turn their eyes to present-day Washington, D.C. and to the American obsession with the Internet.

But like good anthropologists, their eyes aren’t on the men at the top of the “organs of state security.” The closest thing to a renegade C.I.A. agent here is low-level intelligence analyst Oswald Cox (John Malkovich), who, when his boss accuses him of being an alcoholic, quits and decides to write a memoir - sorry, “memwah” - to blow the agency wide open. The only problem: He doesn’t know anything important.

Of course, the lonely Linda (Frances McDormand) and hyperactive Chad (Brad Pitt) have no way of knowing that when they find a disc with a draft of the book along with what they assume is “raw intelligence” on the floor of the locker room at the gym where they work. Those numbers are in fact financial statements, put on the disc by Ozzie’s wife (Tilda Swinton), who plans to divorce him and run off with U.S. Marshal Harry Pfarrer (George Clooney), who in turn happens to have a one-night stand with Linda.

It’s a classic farce, with a twist - there is no eccentric industrialist or cat burglar or playboy behind it all. Like the Net, the driving forces here are decentralized. The film opens with a long Google Earth-style zoom in on D.C., and it’s the perfect cultural reference. Now that anyone can go online and use background checks and satellite imaging to pry into our lives, we leap to the conclusion that anyone would want to. Harry is particularly gripped by this paranoia, while Linda, meanwhile, uses the Web to find lovers and pines after plastic surgery. When these desires collide, tragedy results.

It may not be as epic as “No Country” or as memorable as “Lebowski,” but Burn After Reading is a razor-sharp look at a few dysfunctional parts of our society and one of the funniest and darkest black comedies to come along in years.