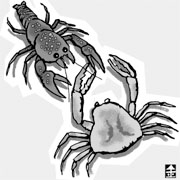 In July 1568, Confucian scholar Yi Hwang wrote a letter to the Joseon Dynasty’s King Seonjo who had just ascended the throne. Yi wanted to pass on his vast knowledge of politics and wisdom as a great scholar and experienced politician to the 16-year-old king with little experience.

It is like an episode in the historical novel “Romance of the Three Kingdoms” when Zhuge Liang handed in the famous memorandum on dispatching the troops after Liu Bei of Shu Han, the Kingdom of Shu, entrusted his throne to his young and inexperienced son Liu Shan and died.

In his writing titled “Mujinyukjoso,” the “Memorandum on Six Points,” Yi summarized the six virtues and attitudes that a king must possess.

In other words, people and objects of similar types tend to be drawn to each other.

Yi wanted to make the young king realize that if he has wisdom and virtue, wise people would gather around him and follow him.

Chunyu Kun answered, “Similar birds and animals flock together. If one searches for dropwort or balloon flowers in a ditch he won’t find any in his lifetime. But if he searches on the northern side of a hill he can immediately find a cartful of them.”

“Grass and green are of the same color and a crayfish sides with a crab,” as a Korean axiom says. That seems to be the right evaluation for Korea’s society where people of the same type flock together and do harm to the community.

Former President Roh Moo-hyun is at the center of a bribery scandal and two former speakers of the National Assembly are involved. Other politicians are ensnared in the so-called Park Yeon-cha list scandal. There is no clearer example to show the tendency of like minds to draw together than Korea’s recent political scandals.

People are enraged as those without integrity have been ruining national politics. Special efforts must be made for Korea’s politics to be reborn afresh.