Music outcasts in the digital age

Music outcasts in the digital age

Three LP covers that the owner of Livingsa, Jeong Ho-yong, is particularly fond of.

Unless you have been living in a cave on top of a very high mountain for the last decade, the contents of a White Paper released last week by the Korea Culture and Content Agency won’t shock you. The report, which is released annually, states quite clearly that digital music has conquered the music industry while just about every other aspect of the music business ranging from recorded music, film soundtracks, videos, live shows, composing, royalties, broadcasting and advertising has shrunk sharply since 2000.

And it’s hardly a surprise to learn from the paper that the MP3 player is the most used medium for enjoying music, picked by 28 percent of respondents in 2007 - the KCCA said it has no data for 2008 - a 5 percentage point increase from the previous year, or that Korean pop remains the favorite genre, chosen by 85 percent of respondents in 2007, although that’s a 1 percentage point decrease on 2006.

What does raise eyebrows, though, is that despite the digital revolution and the dominance of pop, musical “outcasts” still flourish and the JoongAng Daily went to meet them.

Nostalgia for the LP sound

Production of LPs in Korea ceased in 2004, but imports and secondhand albums are still in circulation, primarily because there is still a strong demand for the sound quality that they produce. 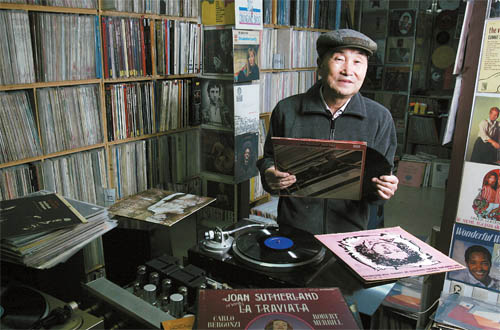 
Entering Livingsa in the Hoehyeon underground shopping center near Shinsegae Department store in downtown Seoul is like stepping back in time. Opened in 1963, it’s one of the oldest record shops in Korea.

When it first opened, Livingsa was in nearby Myeong-dong. It then moved to Chungmuro, and finally to its current location. Although no one can say for sure what percentage of the population still listens to LPs, the fact that the store is still in business says a lot.

“It was an analog era back then,” said a wistful Jeong Ho-yong, the original owner of the store - his daughter and son-in-law take care of the day-to-day management these days. “When I was younger we used to come across new music through stores and libraries on U.S. military bases. So I eventually decided to open a shop.” Back then, with very few TVs and of course absolutely no DVDs and computer games to keep young people occupied, music ruled.

Jeong, now 73, has no particular training in music. His hobby became an obsession that ended up becoming his livelihood, and he’s spent five decades surrounded by a sea of LPs.

Asked about albums of particular value, Jeong named one after another without hesitation as if he had the names embedded in his brain. They included albums on chamber music like Budapest String Quartet, Henryk Szeryng’s violin solos, old pop like The Beatles and Cliff Richard as well as old Korean pop such as Kim Choo-ja and the Four Sisters.

Among some 150,000 LP albums at Livingsa, classical music accounts for about 50 percent, international pop takes up about 30 percent and Korean pop about 20 percent, Jeong says.

Although LP albums have given way to CDs and digital music, Jeong doesn’t think they are going to disappear.

“For people like me, the sound on CDs or digital music is too loud and sharp. People of my generation are used to the soft, deep sound on LPs, which is why they have such a following still,” he said.

Looking around the capital, Jeong has a point. There are eight LP shops in the Hoehyeon underground shopping center alone, and another cluster in Yongsan Electronics Market. There are also about a dozen LP cafes in Seoul, including one run by Livingsa with the same name in Chungmuro and more than a dozen online gatherings for LP lovers.

Contrary to what you might think, Livingsa hasn’t really felt the impact of the economic downturn. Jeong’s business has a loyal and well-heeled clientele that has grown old with the shop and financially wealthier over the passing years. One customer, a doctor, spent a good hour scavenging through the shelves during the interview with Jeong, asking if some of the tracks he was interested in could be played on the store’s record player. The doctor eventually bought more than 10 albums, paying about 300,000 won ($224).

“There is that sense of romance and nostalgia in the sounds coming from turntables,” said Jeong. “Things like that cannot disappear overnight.”


A quest to popularize gagok

Ask any young Korean if they listen to gagok, or classical Korean songs, and the answer will be most likely be no. 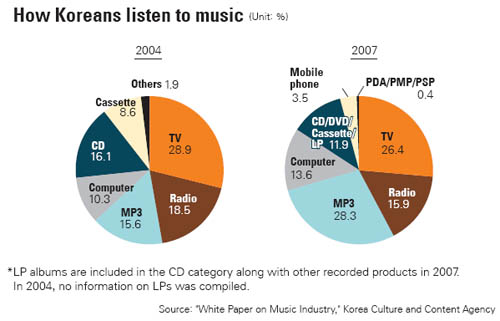 Classical Korean songs, which contain emotional and poetic lyrics accompanied by classical instruments, embody a spirit that is unique to Korea and its people, its proponents claim, but the influx of Western music that began in the mid 20th century rendered this kind of music old-fashioned, melodramatic and unhip in many people’s eyes.

Lee An-sam, 66, has been evangelizing about this genre for more than 40 years and first began composing in his 20s. But he says gagok faces a crisis.

“If the genre doesn’t change, it will be consigned to the back pages of history books, buried with the passage of time,” Lee said with a firm voice in a recent interview at his small workroom in downtown Seoul. 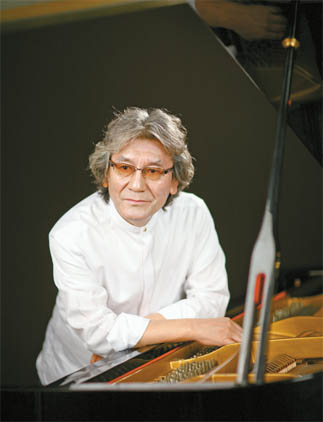 Lee certainly has been at the forefront of efforts to drag the genre into the 21st century, introducing “clapop,” a new genre of music that mixes classical and pop, and using the experience and contacts that he’s accumulated over the years to get well-known singers such as the soprano Kang He-jeong involved, releasing new albums and holding concerts.

“It’s natural that people find classical Korean songs difficult and unfriendly, because it’s very literary, philosophical and profound. The target audience is people with a taste for literature and philosophy,” Lee said.

That is why Lee thought it would be pointless to appeal to the public with the existing repertoire, and instead he pushed forward changes in form, rhythm and harmony. “The music has to be more accessible, fun and dynamic if the general public is going to like it, and that’s the purpose of clapop.”

You would need to have a well-trained ear to realize that Lee’s album “Lyric-Clapop” doesn’t sound as traditional as most classical songs do. To most people, there’s probably little difference between traditional gagok and clapop. And the lyrics are just as solemn and philosophical.

Lee is also aggressively embracing the Internet. He opened an online cafe on the popular portal site Daum last summer and recently held a concert for the cafe’s 800 members.

“Music is a mirror to a certain country, people and culture. The languages might be different but the musical notes remain the same. That is why we have preferences, but there is no room for prejudices, be they against classical or pop,” Lee said.

Lee has written about 200 classical songs, is now working on his seventh album and his sixth annual concert.