Traditional postpartum care, at a price

Traditional postpartum care, at a price 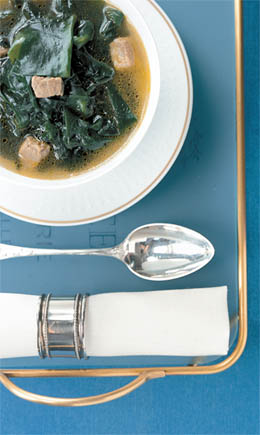 At nine months, it’s not the best time for Kim Jung-ah, 33, to be quarreling with her husband. But they can’t agree on whether or not they should opt for the two-week stay in a sanhujoriwon, a postpartum clinic, after their second child is born.

“My mother has just turned 70 and she’s too weak to take care of me and my newborn baby plus my 18-month-old toddler,” said Kim from Bucheon, Gyeonggi. “If I stay at home after having my baby, I can’t fully rest.”

But Kim’s parents-in-law and her husband can’t understand why she wants to fork out 2 million won ($1,494)for a fortnight in the clinic.

“They think it’s a waste of money and tell me to stay home like women did in the past,” the expectant mother said.

Sanhujoriwon fill what appears to be a niche market: providing traditional care for mothers and their babies away from the family.

Although Korea is a thoroughly modern society, certain beliefs about raising a child for the first few days and weeks of its life still hold true, and with more wealth around and families living physically further apart than in the past, these clinics offer traditional postpartum care - but at a price. 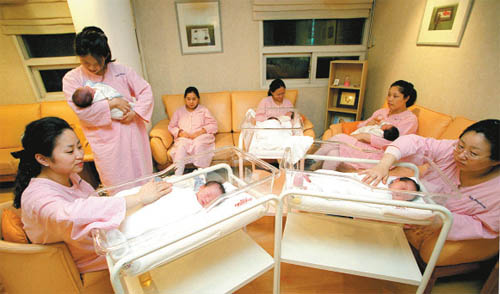 A group of mothers at Saimdang Sanhujoriwon, a postpartum clinic in southern Seoul. [JoongAng Ilbo]


Strict rules, even for grannies

Sanhujoriwon are not unique to Korea, but they seem to have a heavier presence here. Similar clinics exist in other Asian nations including China and Japan, and they are also popular in Western countries where large communities of Koreans live.

“There are a handful of sanhujoriwon in China but all of them are operated by Koreans,” claims an owner of 19 sanhujoriwon across the nation who only wanted to be identified by his surname, Kim.

But no other country appears to match Korea for the preponderance of postpartum clinics.

There are 415 registered sanhujoriwon nationwide, according to the Ministry for Health, Welfare and Family Affairs, and although the national fertility rate remains very low, industry officials say women have to book well in advance if they want to stay at one of the better-known facilities.

An official said the ministry doesn’t keep precise figures on the number of women who use postpartum clinics, but a survey by the National Health Insurance Corporation in 2007 found that 41 percent of the 200 women polled around the country said they went to a postpartum clinic.

Kim Jung-wook, the secretary general of the Organization of Postpartum Care in Korea said the figure was around 30 percent. 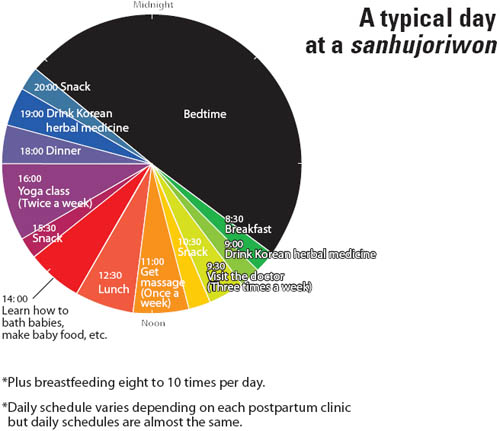 The cost of a two-week stay is high, anything from 2 million won to 2.5 million won. Clinics in the wealthier districts of southern Seoul are, as you might guess, the most expensive.

The Donggeurami Sanhujoriwon in Nonhyeon-dong, southern Seoul, is a typical example of what to expect. It accommodates 15 mothers and 15 babies.

Each mother has her own room with a bathroom, double bed, TV, PC, nursing goods such as a breast milk pump, a massager and phone.

Staff train the mothers to breast-feed and offer classes on how to wash, swaddle and calm their babies.

“Mothers are not allowed to touch or hold other babies, we have strict visiting hours and don’t even let the grandparents hold the baby,” said Seok Gi-hang, head of the sanhujoriwon.

Koreans have a long list of no-nos for new mothers, most of which focus on the state of a woman’s body after the birth.

Instead, they should simply focus on feeding their babies and taking as much rest as possible.

These beliefs are passed down from generation to generation.

“My mother and my grandmother told me that postpartum care [sanhujori] is crucial for new mothers,” said Choi Yu-jung, 35, who lives in Sinsa-dong in north-western Seoul and was staying at the Nonhyeon-dong clinic. 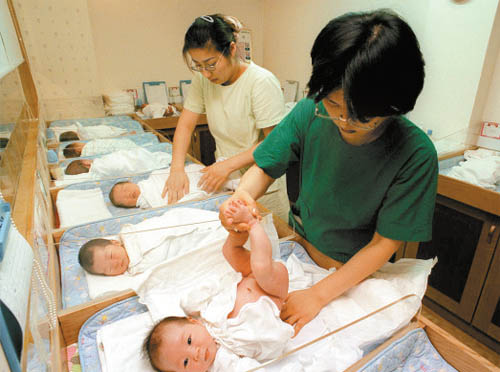 
The days before the clinics

In the days before privately owned sanhujoriwon, new mothers had just two choices for postpartum care: their mother or mother-in-law.

But in a country still dominated by Confucian thought, it’s hard for young women to allow older women to take charge of the house.

Taught to respect their elders, young women also learn that they should assist their mother or mother-in law.

“My mother-in-law looked after me when I gave birth to my first child back in 1957,” recalled No Jung-hee, 77, who was visiting her granddaughter and great-granddaughter earlier this month at the Nonhyeon-dong clinic. But it wasn’t easy.

“She told me I shouldn’t do the dishes or other household chores, but how could I let my old mother-in-law do all those things?” she said.

The other problem for No was her other duties within the family had to be put on hold.

“We were a big family, so [before childbirth] I had to take care of my husband’s younger brothers,” she said.

But No has no doubt that mothers should stick to the old beliefs. “They say you shouldn’t put your hands into cold water for a certain period of time after childbirth. I did and my fingertips still ache when it rains or when it’s overcast,” she said.

During the interview, No told her granddaughter to wear socks when she goes to sleep even though it was a warm April spring day.

“If I had this kind of thing [sanhujoriwon] back then, I would have had more than 10 children,” she said, adding that she had four kids of her own.

Kim Jung-ah, whose parents-in-law don’t want her to go to a postpartum clinic, said they are worried about the safety of the clinics, which was why they want her to come home after the baby is born.

The figures suggest that they might have a point. “In 2006, a total of 202 complaints regarding sanhujoriwon were registered but the number dropped to 132 in 2007 and rose to 153 in 2008,” said Yun Jun-sik, an official from the Korean Consumer Agency.

The majority of complaints are about infections. Newborn babies often come down with enteritis, pneumonia and cold while they stay at sanhujoriwon.

So the fees are high, there’s a health risk and granny can’t hold the baby. What’s the appeal?

The JoongAng Daily conducted an online poll on March 31 at Moms Holic, an online community where 764,486 parents share parenting tips.

“Even if my mother or mother-in-law takes care of me and my baby, I can’t trust them because it’s been more than 20 years since they handled a newborn baby,” said one Internet user under the ID Min.

Above all, mothers say the clinics allow them time to fully recover from the rigors of childbirth and learn parenting tips.

“It’s expensive to pay a month’s salary for two weeks in a clinic, but it really worked out for me,” said Shin Eun-sil, the mother of an 8-month-old boy. “I was a clumsy mother who had no idea how to hold my baby, but staff at the sanhujoriwon taught me everything from breast-feeding to bathing.”

One mother at the Nonhyeon-dong clinic was more blunt.

“You become totally sapped after 9 months of pregnancy and more than 20 hours of labor. And you don’t even know what to do with your crying tiny baby,” a woman in her mid-30s whispered while looking down her five-day-old baby son who was enjoying his meal. “In this situation, you might collapse if you can’t rest to the fullest without the aid of these people.”

Another factor that impressed new mothers is dealing with postpartum depression.

“You might have to face the baby blues one day but I was able to avoid it, I think, because I was spending all my time with other mothers, people I made friends with and whom I am still in touch with,” Shin added.


To postpartum or not

Meanwhile, Kim Jung-ah still hasn’t decided and time’s running out. She said she is desperate to stay in the clinic but she’s not getting much support.

“My parents-in-law believe in the old traditions for postnatal care, but they don’t see why they should have to pay for it,” she said.

Q.It’s not good to wash your hair or take a shower after childbirth.
(False) Washing hair and taking a shower is O.K. except for mothers who are not in good health. Women who had caesarean sections should avoid showers for a week.

Q. Some say holding a baby for a long time or carrying heavy loads during the postpartum period can injure women’s wrists, shoulders and other joints.
(True) Many women seek treatment for such injuries after giving brith. A new mother’s entire body is extremely weak in the days and weeks that follow, so strenuous activities are not recommended.

Q. Women shouldn’t eat hard or crunchy food.
(True) After birth, a mother’s gums weaken, so these types of dishes should be avoided.

Q. Women who give birth in summer should wear long underwear and stay clear of electric fans and air conditioners.
(False) New mothers should avoid exposing themselves to cold blasts but a controlled room temperature is fine.