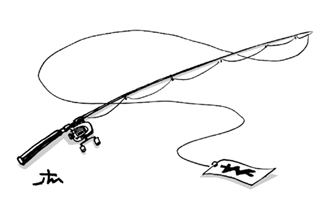 At the age of 21, Prince Akeem of the African country Zamunda decides to run away from home. Facing a forced arranged marriage, he wants the freedom to choose his own soul mate. He looks at a map, wondering where to go. Suddenly he shouts in joy. The choice is obvious. The prince will head to Queens in New York. Despite its name sounding suitably regal where the young African prince can find his princess, he arrives to find a poor and rundown neighborhood full of commoners.

Although this is just the scenario of the 1980s movie “Coming to America,” which stars Eddie Murphy as the prince, today one-fifth of residents there lives in poverty, with a plethora of single mothers struggling to make ends meet.

That is what prompted Muhammad Yunus, a Bangladeshi banker, to open a bank in Queens early last year. The bank has so far given loans totaling $1.5 million to some 600 women there, ranging from several hundred to several thousand dollars each. With the money, the women opened their own bakeries, clothing stores or started selling cosmetics.

The success story of Grameen Bank was also reported in Korea recently. It is hard to believe that Grameen Bank, a microcredit lender that Yunus founded in 1983 in Bangladesh, one of the world’s poorest countries, has even opened its doors in the United States. The bank has also opened business in places like Kosovo, Zambia and Guatemala before, but it is nonetheless amazing that it has reached America.

But even in a wealthy nation, not everybody is rich. Scratch the surface and you can see that 28 million Americans are too poor to qualify for traditional bank loans. These people don’t have the luxury to wonder why the help is coming from the world’s poorest country.

Grameen Bank and its founder won the Nobel Peace Prize, but even then, on the face of it the bank’s business model seems quite wild and careless. The bank gives loans to people who have no property or co-signers to guarantee their loans, particularly to women, with absolutely no conditions. Staggeringly, 98 percent of the loans are paid back. This shows that poor people can get on their feet given a small hand up.

But Jacques Attali, the founder of PlaNet Finance, an international microfinance system, takes one step further. He says, “There are countless people who know how to fish but do not have fishing rods. Our job is to give them fishing rods.”

Due to the economic crisis, an increasing number of people in Korea are having difficulties taking out bank loans.

We need someone to give them fishing rods before they fall victim to loan sharks. Should we ask the Grameen Bank to open a branch in Korea?