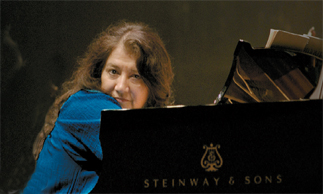 For decades, Argentine pianist Martha Argerich has been one of the world’s best female pianists, an artist with emotional depth and an unparalleled technical range.

But in recent years, with her concert appearances growing increasingly rare, Argerich has been described as a “reclusive pianist,” a “rare bird” and an “elusive musician.”

In an appearance in Seoul last year with Korean pianist Chung Myung-whun, her second here, the 68-year-old virtuoso surprised (and enraptured) Korean audiences by treating them to three solo pieces as an encore - another reason why her upcoming performance in Seoul is highly anticipated.

Argerich will be in Seoul this weekend with a touring version of the Music Festival Argerich’s Meeting Point in Beppu (also called the Beppu Argerich Music Festival). The festival, which began in 1998, is held every year in the scenic city of Beppu, Japan. This year’s festival took place from May 11 to 18. Directed by Argerich and produced by her fellow pianist and longtime friend, Kyoko Ito, the festival seeks to bring people together and promote awareness of humanity through music. 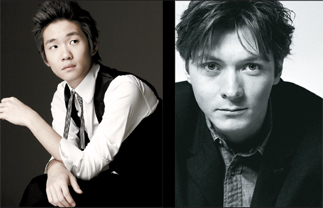 Since 2007, Argerich has made a stop in Seoul to give fans here a glimpse of the festival’s offerings. The Sunday concert will feature well known Korean classical musicians including pianist Lim Dong-Hyek and conductor Sung Shi-Yeon.

Lim is one of many young artists discovered and supported by Argerich, who founded the Beppu festival to nurture young talent. After seeing Lim perform, she included him on a new album titled “Martha Argerich Presents” featuring artists selected as her proteges. Lim signed a recording contract with EMI Classics in 2001.

Sung is an assistant conductor at the Boston Symphony, the first female and the first Korean to make it to that position.

Another featured artist in the concert is Russian trumpeter Sergei Nakariakov, who is known as the “Paganini of the trumpet.” He has been a regular at the Beppu Festival in Japan since 2005.


The Beppu Argerich Music Festival takes place this Sunday at the Seoul Arts Center in southern Seoul. Head to Nambu Bus Terminal subway station, line No. 3, exit 5. Tickets are priced between 50,000 won ($40) and 200,000 won. For reservations, call 1577-5266 or visit www.clubbalcony.com.