Keane carving out its own genre

Keane carving out its own genre 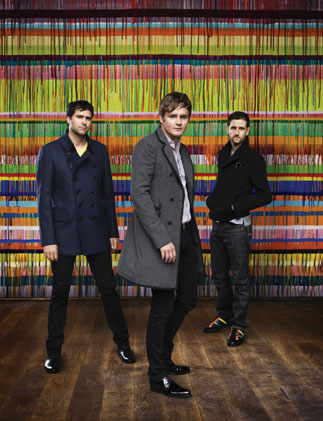 Keane will be performing at the ETP Festival this weekend. Provided by Universal Music


Rock music is often associated with adjectives like fierce, aggressive and loud.

But Keane, an English piano rock band, has proved that it can also be lyrical.

The band formed in East Sussex County in 1995 and took its current name in late 1997. The members have been friends since they were just four years old.

“In our teenage years, we were all outsiders,” said lead vocalist Tom Chaplin in a recent phone interview. “Except music, there weren’t many things we were good at. It was through music that we learned to express ourselves. So it was music that brought us together.”

Keane is known for using a piano as its lead instrument instead of guitars, which sets the group apart from most rock bands. The members have said that the absence of a guitar actually helps them focus more on the music itself.

But in Keane’s latest album, “Perfect Symmetry,” the band veers off that course and does indeed throw in some guitar, along with other new instruments including banjo, violin and saxophone.

“We wanted more funky and danceable music for the album,” said bassist and pianist Tim Rice-Oxley. “So we experimented with different things this time. We are open to any new things if it leads to good music.”

Chaplin said the band has made a variety of music, so it’s difficult to lump their sound into a specific genre.

If anything, he said, the word variety could be used to described the band.

Keane will perform at the upcoming Eerie Taiji People’s Festival, a rock-focused event known as the ETP Festival, slated for Saturday. The festival was organized by legendary Korean rocker Seo Taiji. It will be the trio’s first Korea concert, yet another new experiment for the band.

“We will make sure our Korean audiences get to see one of the best shows of their lives,” Chaplin said. “They will be humming our songs to themselves on their way home.”