The Kennedys of the Joseon era

The Kennedys of the Joseon era 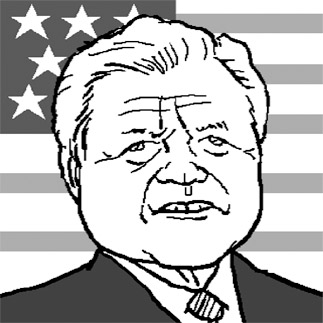 The late U.S. President John F. Kennedy reportedly said that should anything happen to him, his brother Robert would succeed him as the political heir to his family, and his other brother Edward would follow, just as J.F.K. had taken over the Kennedy mantle from his older brother, Joseph P. Kennedy, Jr., who died in World War II in 1944.

With the death of Democratic Senator Edward Kennedy from a malignant brain tumor on Tuesday, the Kennedy clan has lost the last of its iconic figures.

The assassination of John F. Kennedy occurred in 1963, and U.S. Attorney General Robert Kennedy was assassinated during his campaign for the 1968 Democratic presidential nomination.

The Kennedy family, a family of Irish immigrants, succeeded in propelling a son into the White House thanks to the systematic endeavors of the whole family.

They canvassed hard whenever elections were held, going from house to house in areas where voting was taking place, wearing kilts embroidered with the phrase, “Vote for Kennedy.”

Joseph P. Kennedy, Sr. spearheaded the family’s fortunes. He helped his children form winning habits, insisting that they be first because anyone below first was a loser, and no one wanted losers in the family.

Robert Kennedy recalled that the family always tried its best but not everyone could come out on top. Still, the patriarch Kennedy would praise his children if they had tried their best, Robert Kennedy said.

Korea has a family with a politically splendid historic background, too. This is the family of the political leader Lee Hang-bok, who served as minister of war and prime minister during the mid-Joseon Dynasty (1392-1910) when Japan invaded Korea in 1592. After him, the family produced talented people who became ministers for eight consecutive generations.

The six brothers of Lee Hoe-young, the 11th descendant of Lee Hang-bok, left for Manchuria to lead the resistance movement against the Japanese imperialists. Nearly all of them and their descendants lost their lives or went missing. The only survivor, the fifth brother Lee Shi-young, became the first vice president of the Republic of Korea.

The legacy of the Lee family still exists. Lee Jong-chan, the former head of the national intelligence service, and the lawmaker Lee Jong-kul are Lee Hoe-young’s grandsons.