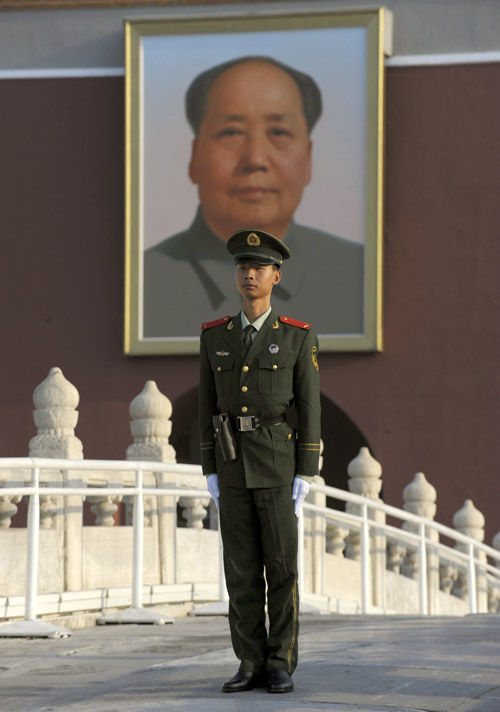 A Chinese paramilitary officer stands in front of a portrait of the late Chinese leader Mao Zedong at Tiananmen Square in Beijing on August 30, 2009, a day after authorities shut down much of the central part of the capital to stage huge rehearsals for a parade and other festivities marking the 60th anniversary of the nation’s October 1 founding. China is planning a parade, song and dance performances, and fireworks on October 1 to mark the day when revolutionary leader Mao Zedong proclaimed the founding of Communist China in 1949 at Tiananmen Square. [AFP]