A modern hospital, started by chance

A modern hospital, started by chance 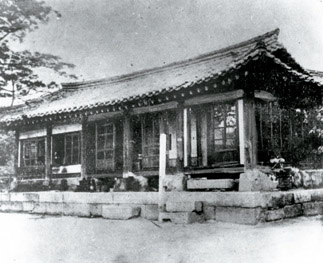 Shortly after his arrival, a coup d’etat erupted in Korea. The three-day revolt aimed at overturning the old regime left Min Yeong-ik (1860-1914), the nephew of Queen Min (1851-1895), severely injured. The Korean government asked Allen to treat Min, and the American was able to save him.

“That early success with the prominent native prince caused the natives generally to come for treatment of all sorts of ills, real and imagined,” Allen wrote in his book “Things Korean” (1908). “As a consequence I asked for, and obtained the use of a building in which to ... treat these people. This, the first modern hospital for the Koreans, was named by the ruler Chai Chung Won, or house of civilized virtue.”

Opened in February 1885 in the Jongno area where the Constitutional Court stands today, the hospital was first called Gwanghyewon, or Widespread Relief House, until a year later when the king renamed it Jejungwon (spelled “Chai Chung Won” in Allen’s book). It was Korea’s first modern hospital, operating as a state-run facility. 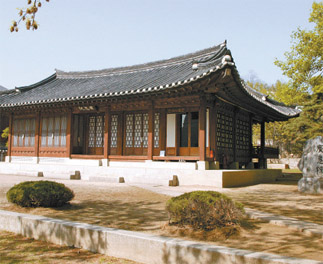 Allen describes an interesting scene in which people brought food as payment for treatment.

“The Koreans seem to go on the principle of no cure, no pay. Payment moreover seems seldom to be in money. I have been given hundreds of eggs, quantities of meat, live pigs, chickens, pheasant and all manner of eatables by grateful patients,” he wrote.

After Allen went back to the U.S. in 1887, other foreigners took over the mission in following years. American Louis H. Severance donated funds for the establishment of a new hospital in 1900. Four years later, Jejungwon moved to the new building near Seoul Station and was renamed as Severance Hospital, a predecessor of Yonsei University’s Severance Hospital in Sinchon.