A different kind of crowd to descend on Jeju Island

A different kind of crowd to descend on Jeju Island 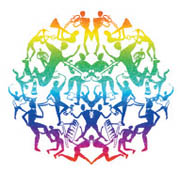 Jeju is often dubbed the Hawaii of Korea.

Designated a Unesco World Natural Heritage site, the island off the country’s southern coast is a honeymooning hot spot, a favorite of foreign tourists and an idyllic locale for long-time lovers to celebrate their golden wedding anniversaries. A week from now, however, the scenic island will draw a different kind of crowd visiting for a decidedly different purpose. Artists and art-lovers from across the world will gather on Jeju Island to celebrate art spanning various genres, eras and origins at the 3rd International Delphic Games. 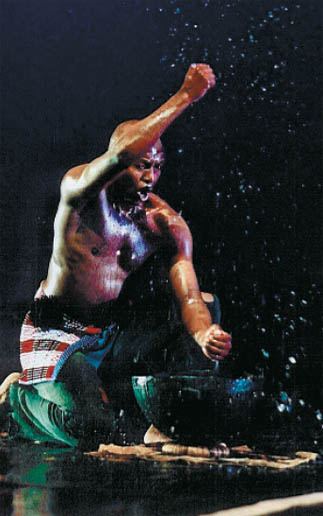 Vincent Mantsoe, a South African dance artist, will perform at the Delphic Games in Jeju. Provided by the organizer

Although it sounds related to sports, the seven-day event is actually a revival of an ancient Greek cultural festival featuring competitions in music and poetry that was held from 582 B.C. to 394 A.D. The modern-day Delphic Games, which involve competitions among young professionals in the field of art, first took place in 2000 in Moscow. Approximately 1,500 participants from 54 countries will compete this year in six categories: music and acoustic arts, performing arts, craft and design, poetry, communication arts and architecture.

Among the other highly anticipated shows at the Delphic Games: a Korean traditional performance, called Baudeoki, which revolves around a female Korean clown of the same name from the Joseon Dyansty (1392-1910); a concert by Slovakia’s Gypsy Devils; and a show by Apache, a traditional Ecuadorian music group.

Just yesterday, the event’s organizing committee sent water collected from the Castalian Spring at Delphi, Greece, on a six-city tour across Korea. Lee Jong-ho, executive director of the event, said organizers have “added a Korean twist to the traditional Greek rite” by putting the water in a traditional Jeju jar. The water arrives on the island tomorrow. Event organizers will combine it with water from Mount Halla in Jeju on opening night.

The Delphic Games has had its share of ups and downs recently. In May, Yoo Hong-jun, the initial chairman of the organizing committee, stepped down, citing personal reasons. Lee Jong-deok replaced Yoo about half-way into the preparation process.

Also, amid fears of the spread of the A(H1N1) flu virus, some festival organizers in Korea are postponing events tied to the games.

Park Hong-bae, a planning director for the event, said that the committee will do “its best to host the games as planned by taking all preventive quarantine measures” it can. Organizers will bring in medical staff and have acquired 100 thermometers, 700 hand sterilizer and 4,600 masks.