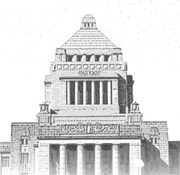 A study examining which subjects the presidents of the United States pursued in college reveals that the majority of them studied law. Among the 44 presidents of the United States, a large contingent of them studied or practiced law. Among them is incumbent President Barack Obama, who graduated from Harvard Law School. With a well-established law school system, one out of 250 Americans is a lawyer. If the role of politics in a democracy is to make and implement laws, it is only natural that people with expert knowledge of the law become political leaders.

However, this does not mean that people with experience in fields other than law should not go into politics, because politics is a composite art that deals with a wide variety of issues.

Although it is rare for U.S. presidents to have majored in science or engineering, the ones that did accomplished remarkable things during their time in office. George Washington, one of the founding fathers of the United States, studied mathematics and worked as a survey engineer. He participated in the survey of the Washington, D.C. area. The 31st president of the United States, Herbert Hoover, majored in geology, while former President Jimmy Carter studied engineering.

Among Chinese leaders, the number of science and engineering majors is overwhelmingly large. President Hu Jintao studied water utilization engineering and Prime Minister Wen Jiabao studied geology. They both established their careers in their respective fields. Their predecessors, former President Jiang Zemin and former Prime Minister Li Peng, both majored in electrical engineering. Once, there was a time when all nine Politburo members were elites who majored in science and engineering.

The situation is more or less the same now, mostly due to the Chinese government’s manpower training system. Those who started as cadet Communist party workers established their careers at local governments and institutions step-by-step. In the course of training at local institutions, those who prove their abilities are singled out by the party, and they are promoted to work at important posts in the central government. Therefore, those who have the expertise and show prominence in their own fields have a better chance of climbing up the ladder.

After the Democratic Party defeated the Liberal Democratic Party in Japan, Yukio Hatoyama, who holds a doctorate in engineering, was inaugurated as prime minister. His new cabinet is called the “science and engineering” cabinet because of the professions of its members.

Some say that they will manage state affairs more efficiently since they have a scientific way of thinking. But I think we are living in an age where the division of academic fields has no meaning. As we are living in a rapidly changing world where new scientific fields are created every day, I think there are limits in the knowledge of certain fields. In the world of learning, the boundaries of particular sciences are disappearing, as they are constantly merged together and transformed.

Today we need talented individuals who are equipped with a comprehensive knowledge in various fields, a flexible way of thinking and the ability to adapt to changing environments. We will see whether the science and engineering cabinet of Japan will comply with such expectations of the Japanese people.