Early experiments from a fresh perspective in Paris

Early experiments from a fresh perspective in Paris 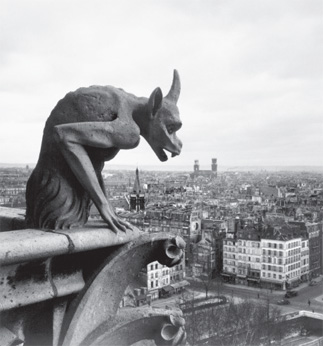 The development in photographic technology in the early 20th century led to drastic changes in how photographers took pictures and let them experiment with techniques that had not been previously possible.

A lot of the photographic practices now used today were developed at that time.

An exhibition of 180 black and white photos at Seoul Arts Center in southern Seoul will allow a peek into the movement among photographers living in Paris.

The 180 pictures were taken between 1920 and 1940 by 17 renowned photographers including Andre Kertesz, Brassai (born Gyula Halasz), Robert Doisneau and Roger Parry.

When photography was first introduced in 19th century, photographers focused on simply recording an image rather than relaying a message.

In the early 20th century, photographers started looking into the relationship between a subject and the background.

Kertesz took a picture of Musee du Louvre through the glass of a wall clock for the photo titled “Le Pont des Arts.”

From the picture, it is not hard to see Kertesz experimenting with the laws of perspective. The far and near images overlap, and there is no image of a person as the main subject but instead there is a strong contrast between the two overlapping images.

In another picture titled “La Fourchette,” Kertesz captured the image of shadow of a fork and a plate under the light. The curves in the shadow created by the light are quite elegant.

Portable cameras made it possible for them to leave their studios and take photos from high above as well as below ground. It gave them the freedom to take dynamic pictures from different angles.

In a picture titled “Notre-Dame de Paris,” Roger Parry took the image of a gargoyle statue on the roof of the Notre Dame with Paris in the background.

By taking a close-up of the sculpture, he is showing the clear function of perspective.

Photography is an art defined by time and space. It captures the image of space at a moment in time.

Advances in photographic technology have made it possible for photographers to catch the right moment.

Brassai’s photo titled “Chat au Rideau de Dentelle” shows an image of a cat standing on a wooden frame of a window.