It takes a global village

It takes a global village 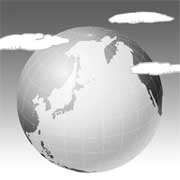 Let’s suppose that our world - where around 6.8 billion people live - is transformed into a village of just 100. What would it be like? Among the residents of the village, 52 are female and 48 are male. There are 61 Asians, 13 Africans, 13 North and South Americans, 12 Europeans and the remaining 1 person is from the South Pacific. While 20 of the residents suffer from malnutrition, 15 of them worry about obesity. And as 20 people profusely spend 80 percent of all available energy, 80 people will have to divide the remaining 20 percent among them.

This is not unlike the e-mail messages that Internet users enthusiastically exchanged at the beginning of the 21st century. Those stemmed from the publication of the report “Who lives in the Global Village?” by American environmental scientist Donella Meadows in 1990. In her initial “State of the Village Report,” however, she wrote about a population of 1,000, and confronted such troublesome issues like environmental problems and national security matters. There are even nuclear weapons in the village, and only 100 people supervise the management of the terrifying devices. The remaining 900 people worry about whether these nuclear-armed villagers get along well, and hope for peace among them, for fear that one might carelessly misfire a nuclear warhead.

Meadows was a member of the U.S. Association for the Club of Rome that drove the whole world into a shock through the 1972 book, “The Limits to Growth.” It predicted that if economic growth is not restrained, natural resources would be drained, ruining earth for mankind in the latter part of the 21st century.

Nevertheless, most every country has concentrated its efforts on competitive economic development. At the plenary session of the UN General Assembly and the G-20 Summit Meeting held last week - which respectively represent the “global village’s” town hall meeting and a meeting of the village elders - the outdated war of nerves over finding solutions to global environmental problems were rekindled.

Developing countries put the blame on advanced countries, claiming that their overuse of resources has been the main culprit. On the other hand, advanced countries insist that developing countries that saw rapid growth recently should bear their share of responsibility. During the food crisis last year, the two sides traded childish accusations: “The crisis was due to overconsumption of meat and cheese by the middle-class people in India and China.” “The starvation problem would be resolved if only obese Americans went on a diet.”

The well-being of the global village gets even worse when there is such infighting. We must listen carefully to the World Wildlife Fund’s warning that if all people in the world want to live as the Americans do, there would need to be two to three more earths. But since there is only one, all people, whether they are American, Indian, Chinese or Korean, should change their attitude.

What’s the use in rich and poor countries taking sides against each other? They are all residents of the same village, and this community shares a single fate.