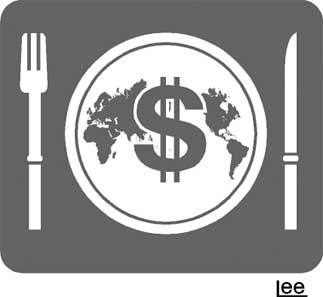 The Strait of Malacca, which stretches between the Malaysian peninsula and the Indonesian island of Sumatra, is the main shipping channel between the Indian Ocean and the Pacific Ocean. As the name of the port became known as “Malacca” to the West, the strait also got the same name. When Europeans dropped anchor at the port in the early 16th century, Malacca was no longer a small fishing port. It was a scene of different races, with merchants from the Middle East, India and other Asian countries jammed inside. Tomme Pierce, a Portuguese traveler, wrote:

“All kinds of products originating from Asia are brought to Malacca, and all kinds of merchandise from the West are also sold here. One can always find something much better than originally hoped for.”

The state of Malacca was established in 1400 by Parameswara, a prince of Palembang, who fled Sumatra after being defeated by his enemy.
Parameswara made up his mind that he would make the port, which was nothing but a small fishing village, the busiest trading hub in the region.

He persuaded the shipowners and traders to use Malacca as their trading base, and he built elegant living quarters and warehouses for the sailors waiting for a good wind. He also secured the promises of safe passage for ships from neighboring countries. It was a good inducement policy, not unlike policies today that help generate foreign investment.

There is a country that is like Parameswara’s Malacca near the Straits nowadays. It is Singapore, where Parameswara stayed right before moving to Malacca. It is 210 kilometers (130 miles) southeast of Malacca. The original name of Singapore was Temasek, meaning “the city of the sea.”

Since the establishment of an independent state in 1965, Singapore has made maximum use of the merits of its location. Maintaining the status of a free trading port, they nurtured the country to become the hub of Southeast Asia, where foreign businesses and talented people can lead comfortable lives.

At last, Singapore, which achieved an economic miracle, has become a rich country that neighboring nations envy. Singapore is not only good at making money, but it also has the remarkable ability to take that money and turn it into even more. It established Temasek Holdings and

Singapore Government Investment Corp. in 1974 and 1981, respectively, and purchased overseas assets aggressively. They all proved to be profitable. In the case of Temasek Holdings, by the end of July this year, assets were estimated to be $119 billion. As the initial investment was a mere $230 million, we’re talking 500-fold growth in around 30 years.

Korea Investment Corp., created in 2005 and modeled after the Singapore Government Investment Corp., has been investing in foreign assets. Recently, the National Pension Fund has started to purchase real estate in Europe. It is said, however, that many of the past foreign investments made by South Korea and Japan have been failures. Moving forward, I sincerely hope that the people’s hard-earned money can be turned into even more.