[Talk of the town] Jun Jin to don fatigues

[Talk of the town] Jun Jin to don fatigues 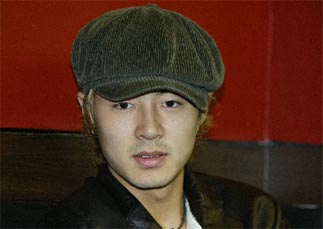 
With much sadness and a heavy heart, Jun Jin of the idol group ShinHwa is heading off for his mandatory military service today with the 306 Reserve Battalion at Uijeongbu, Gyeonggi. The 29-year-old singer will undergo four weeks of basic training before being deployed as public interest service personnel to serve out his enlistment period. Jun Jin had previously undergone a physical examination where he received a Grade 4 evaluation due to chronic back pains caused by injury. He therefore postponed enlisting for his military service twice. He asked for a third delay but was denied, as the government decided that it’s finally time for Jun Jin to shave his head and don an army uniform. He recorded his last episode - for two years, at least - of the TV show “Infinite Challenge” last Thursday. Along with Jun Jin, Epik High’s D.J. Tukutz is also heading off to serve his time as well.