Where is the ‘popular’ in pop art?

Where is the ‘popular’ in pop art? 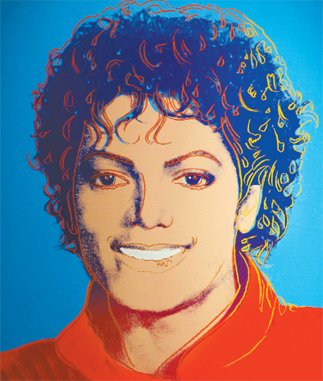 A portrait of the “King of Pop,” Michael Jackson (1958-2009), created by the “King of Pop Art” Andy Warhol (1928-1987), was auctioned at Christie’s in New York on Tuesday. It sold for $812,500 and was purchased by an anonymous collector. The 1984 portrait is a silkscreen print based on a photo of Jackson from the “Thriller” era. It was made using a method similar to the one Warhol used for his famous “Marilyn” series.

Warhol always had an interest in celebrity, and his celebrity associations extended beyond the art world into film, publishing and music. One of the works resulting from his associations with musicians was the cover art for the 1971 Rolling Stones album “Sticky Fingers.”

The cover features a close-up of the crotch of a man in tight blue jeans, with a real zipper on the front. If, out of curiosity, you open the zipper, you will find another photo of a pair of cotton briefs on which Warhol’s name is printed. The concept for the cover came from Warhol, who suggested it to Mick Jagger, the lead singer of the English rock band, at a party.

The cover should be categorized as a piece of commercial art. However, with its novel concept, including the use of an object (the working zipper) the album cover looks, to me, more like a work of fine art than the silkscreen prints Warhol made of Marilyn Monroe, Mao Zedong and Campbell’s Soup cans - all of which hang in galleries. Perhaps, this is a strange characteristic of Warhol’s art.

Warhol transferred the images of celebrities in the media and of commercial products in daily life to his canvases almost without distortion; he did it in a dry manner. And just as commercial images are produced and copied in large quantities, he produced prints of his silkscreen works in large quantities with his aides at the studio he called “The Factory.”

It’s that mass-produced quality that makes it difficult to categorize the portrait of Michael Jackson as fine art and the cover art for The Rolling Stones album as commercial art.

In this way, Warhol broke down the barriers between fine art and commercial art.

Warhol took great enjoyment in the attention his works attracted, and the controversy they generated. About that, he once said, “Don’t pay any attention to what they write about you. Just measure it in inches.” There is a similar saying Korean Internet users will know: “Hostile comments are better than no comments.”

Warhol’s statement, and his other famous saying about everyone’s “15 minutes of fame” now sound like great prophecies in the Internet age, in which ordinary people regularly post controversial videos or writings on the Internet to attract attention. 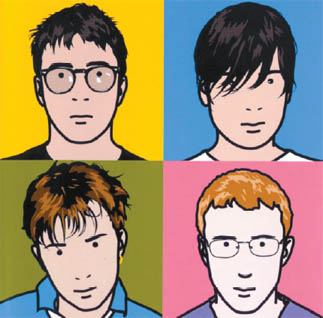 Warhol also said, “Making money is art and working is art and good business is the best art.”

Warhol’s works, and statements like these, have brought him equal amounts of praise and criticism. His critics say that Warhol used commercial images without changing them but that other artists combined or transformed the images as a form of critique or defiance. But Warhol’s supporters believe that his works embody a kind of paradox and actually serve to mock mass-produced commercial art. He may, they think, have been sneering at both the flood of commercial art and the world of fine art, which clings to old principles and is powerless to react in such a situation. His critics, however, say that he had no such intent, but maintained an ambiguous attitude, inciting interpretations of interpretations and making money from that.

Well, to defend Warhol, it’s worth asking whether all fine artists approach their work with such critical intent. Until the 19th century, artists were largely dependant on orders from the church and the aristocracy, so they had no choice but to bow to the tastes and demands of their clientele. In addition, there were many artists who were trying to attract potential buyers through exhibitions in academies and elsewhere. And what about the 20th century? Were there no attempts to attract the public’s attention among the avant-garde artists of that time?

However, I also think Warhol can be criticized on this point. His artworks exist as art only when they are shown in fine art galleries, so they depend on the barriers between fine art and commercial art. His paintings of Campbell’s Soup cans and Coca-Cola bottles cause controversy because they hang on gallery walls.

The question is, what is the difference between these works, which some consider “art,” and the actual ads for these products? And what does that say about what we think of as “art”?

And consider this: even though Warhol mass-produced his works, his pop art is still not as accessible to the public as popular music is. The portrait of Michael Jackson sold for $812,500! Warhol got closer to the public through commercial art, when he made the cover art for The Rolling Stones’ album, rather than by making “works of art” that do little more than imitate commercial art.

Similarly, Julian Opie (1959- ), a renowned pop artist of today, became known to the public through his design for the cover of the English rock band Blur’s “Best of” album in 2000.

Of course, it is not bad for fine artists to try to get closer to the public. But when they do, what is the difference between them and commercial artists such as cover illustrators? 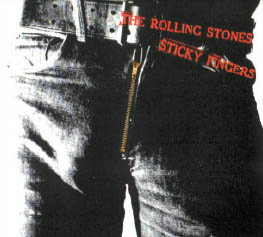 The cover of the English rock band The Rolling Stones’ “Sticky Fingers” album (1971), as conceived by Andy Warhol

That’s what makes pop art so ironic, and it’s why it’s worthwhile to think seriously about what it is we call art.