More than just notes on a page

More than just notes on a page 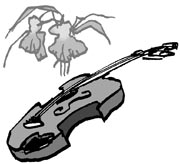 It was in 1918 that 20-year-old Korean composer Hong Nan-pa went to Tokyo. But he gave up the idea of studying in Japan and came back to Seoul the next year. He had studied hard to get into the Japanese school and even had to drop out of Severance Hospital Medical School in order to study abroad. So why did he give it up in the middle?

Some time after he returned home, Hong recalled, “I worked hard to get into the Tokyo Music School, and if it were not for my quitting the school due to my involvement in the ‘incident,’ I could have strutted along the street boasting about my academic background as a graduate of that prestigious school.”

Here, the “incident” was the March 1 Independence Movement in 1919 that he participated in, but those who try to stigmatize him as a pro-Japanese collaborator refuse to recognize that. They claim that the quotation lacks firm evidence. But they should pay attention to the recollection of Hirotsugu Shinozaki, a Japanese violinist who roomed with Hong during their school days.

He said, “One day, Hong pawned his beloved violin, and gave the money from the pawnbroker to a Korean student studying in Tokyo so that the student could use the money for printing leaflets that announced Korea’s independence movement. Hong could not enter the regular course because his participation in the independence movement was revealed to the Japanese authorities.” It is regrettable that Shinozaki has passed away, but a master violinist, Chin Chang-hyun, a close acquaintance of Shinozaki, told me that he heard the same story from Shinozaki many times.

Hong Nan-pa’s relatively short life came to an end after 44 years, during which he had stood against the Japanese until the age of 39. However, the fact that he later signed a statement that said he had changed his political beliefs and that he composed music for three verses written by Lee Kwang-su and Choi Nam-sun in praise of Japanese imperialism have raised a debate over his involvement in pro-Japanese activities.

I think it is too cruel to demand that he should have resisted torture with a superhuman will and should have become a martyr.

As the 100th anniversary of Korea’s annexation to Japan approaches, the controversy over pro-Japanese collaborators is getting hot. If there are things that should be clarified, they can be investigated.

But when people evaluate the contributions Hong made, they should not only scrutinize his pro-Japanese and anti-Japanese activities, but also evaluate the undeniable achievements he accomplished as an artist at the same time. I wonder what Hong in heaven would think of his life on earth, when he watches the disturbance caused by his offspring. Today, the violin melody of “Bongseonhwa” composed by Hong Nan-pa sounds more melancholy than usual.


*The writer is a deputy political news editor of the JoongAng Ilbo.