Year’s best concerts, from your sofa

Year’s best concerts, from your sofa 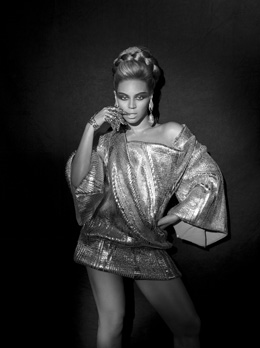 Missed out on your favorite concert because tickets were all sold out or you couldn’t travel half way across the world to see your favorite group?

Can’t go to live shows because your parents think doing so is too dangerous? Were you one of those unlucky fans who fell ill on the day of the concert or simply couldn’t afford to go?

If you answered yes to any of those questions, you can wipe that sorrowful look off your face, as many artists are releasing DVDs of their live performances.

Now you can see these concerts from the comfort of your sofa at a fraction of the price.

As an added bonus, you don’t have to dodge drunk people and wait in endless lines for the bathroom. It’s like having an intimate show right in your living room.

Some of the top live concert DVDs of 2009 feature performances by artists such as Beyonce, George Michael, Il Divo, Kings of Leon and Pink.

Beyonce’s DVD, entitled “I Am...Yours,” was recorded during the diva’s sold-out four-night run at the Wynn Resort Encore Theater in Las Vegas.

“This is the latest DVD released this year, yet it has already reached the highest sales total,” said Lee Sae-hwan, the head of Sony Music’s advertising department in Korea. “It received a lot of attention from her fans around Korea.”

George Michael’s “Live in London” DVD was recorded at his final two concerts in Earls Court Arena, marking the end of the singer’s triumphant 25 Live Tour.

“An Evening With Il Divo Live in Barcelona” captures the group’s performance at Palau Sant Jordi in Spain, while the Kings of Leon live concert DVD captures the band’s performances at the O2 venue in London, England.

Pink’s “Funhouse Tour: Live in Australia” captures shows that combine rock with cabaret and have the feel of a dance party. The performances received rave reviews.

“Many of these great concerts were not held in Korea, so there is now a great opportunity for fans here to feel like they were part of the show,” Lee said. “Even those who actually went to the concerts purchase these DVDs to remember the outstanding musical event.”