The silver lining of the financial crisis

The silver lining of the financial crisis 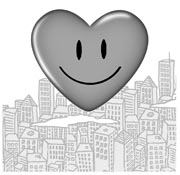 They say that the human characteristic of mimicking the thoughts and behavior of others, especially among those who are close to each other, spreads obesity through a community like a vital virus. This is the result of research carried out, two years ago, by a group of researchers at the medical schools of Harvard University and the University of California, San Diego, by tracing 12,000 people who have relationships among them.

It is not only obesity that is contagious. One year later, the same research team proved that happiness was also contagious. If someone I know well becomes happy, the possibility of me becoming happy will increase 15 percent, and if someone I know indirectly, like a friend of my friend or a friend’s wife, gets happy, it will increase about 10 percent. Instead of having simply a large number of friends, therefore, it is more helpful to have a few happy friends around you, according to the findings of the research team.

As it is the time when people usually put together new year’s resolutions, I am thinking about the meaning of these research findings. Do they suggest cutting ties with fat and unhappy friends? Perhaps they don’t. It would make us look no different from youngsters who alienate friends who catch the new flu.

If you want to be born anew with a slim figure next year, what about inducing your friend to lose weight by joining a fitness center with you? If you want a year full of happiness, you can spread happiness by wearing a bright smile on your face.

And don’t give up prematurely by claiming you are not that optimistic by nature and that there is nothing that makes you smile. According to psychologist Sonja Lyubomirsky, an individual’s likelihood to be happy is 50 percent dependent on one’s genetic makeup and 10 percent dependent on one’s environment. The remaining 40 percent, according to Lyubomirsky, depends on the efforts people make to see things in a positive light.

Even in a bad economy, there are reasons to be happy, if only we look at it upside down. If workloads decrease, workers have more time to spend with their families. And traffic accidents will decrease as people refrain from taking their cars on the road. Since people cannot afford eating out often, they eat less fatty food. At a glance, it may sound like a forced interpretation, but there is research that shows that the death rate drops by 0.5 percent when the unemployment rate goes up 1 percent.

If only you make up your mind, you can always find happiness, even in the worst situations. Therefore, let us laugh. If we laugh, the world will laugh, too.