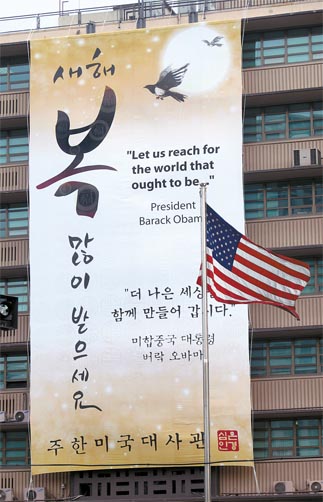 The U.S. Embassy in Seoul hangs a sign bearing season’s greetings from U.S. President Barack Obama yesterday on its facade in Gwanghwamun, central Seoul. The placard reads, “Let us reach for the world that ought to be,” in English and Korean and “Happy New Year” in Korean. By Park Jong-keun