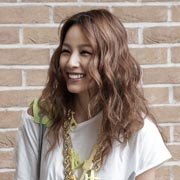 Korean pop star Lee Hyo-ri is now one of the faces of the Adidas Originals 2010 global ad campaign. She is the first Asian model to participate in the campaign, and will appear alongside pop singer Ciara to promote the women’s wear line.

The campaign has featured football player David Beckham, rapper Snoop Dogg and others.