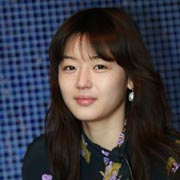 Following reports that she had dropped out of the cast, it has been confirmed that actress Jun Ji-hyun still plans to appear in the new film by Chinese-American director Wayne Wang, titled “Snow Flower and the Secret Fan.”

Jun’s management company, Sidus HQ, said in a press release yesterday that Jun will play one of the leading roles, alongside Chinese actress Li Bingbing and Australian actor Hugh Jackman.

Li will take on the role that was originally to be filled by Chinese actress Zhang Ziyi, who is bowing out of the project to work on another.