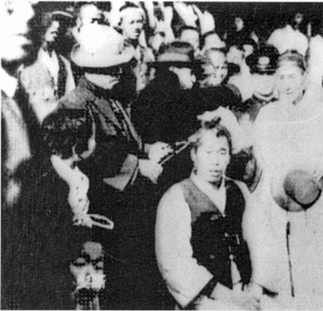 In the mid-17th century, Italy dominated the textile industry in Western Europe. High-quality silk was Italy’s main product. Italians took precautionary measures to safeguard their technology by prohibiting craftsmen from going abroad and executing anyone who leaked the technical expertise to foreign entrepreneurs.

Despite their best efforts, however, a new competitor sprang up in 1717. The Lombe brothers of Derby, England, started to produce silk products as fine as those produced in Bologna, but sold at a much cheaper price than the Italian product.

The silk guild of Bologna was dumbstruck. They investigated the Derby operation and discovered that the Lombe brothers had stolen silk factory technology from a company in Bologna. The enraged guild dispatched assassins to Derby and killed John Lombe, the younger brother, by poisoning him. But Thomas Lombe, who survived, became very rich off of the silk spinning patent they had gotten based on the stolen technology. He eventually was knighted for bringing modern spinning machines to the British market, an introduction that marked the beginning of the industrial revolution in England.

Britain realized the value of what the Lombe brothers had stolen, and therefore sought to protect their own industries against espionage. No foreigners were allowed to visit factories, and taking any machinery out of the country was prohibited. Also, craftsman with key industrial knowledge were not allowed to travel overseas.

However, their regulations proved ineffective. In 1789, a 21-year-old textile worker named Samuel Slater risked imprisonment to come to America. In England he had been poor but had great ambitions, so was tempted to leave when he heard that a textile craftsman could be very successful in the U.S. Once in New York, he offered to sell his industrial know-how to Moses Brown, a founder of Brown University. They built a spinning mill in Rhode Island and it wasn’t long before people were calling Slater the “Father of the American Industrial Revolution.” Historian Kwon Hong-wu estimates that the current value of the wealth Slater accumulated would be $253 million.

Recently, the leakage of key semiconductor technology at Samsung Electronics is creating waves throughout Korea and abroad. In the past, industrial spies were treated as heroes for contributing to the national economy. Slater was a hero in the United States, but in his native homeland of England, he is still thought of as a traitor.

The writer is a city news reporter of the JoongAng Ilbo.