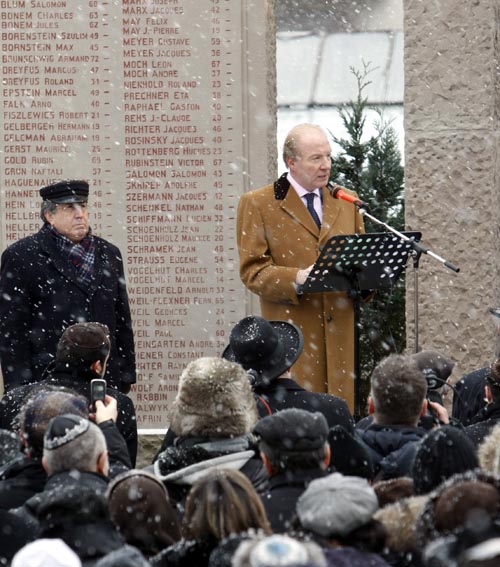 French interior minister Brice Hortefeux delivers a speech at the main Jewish cemetery in Strasbourg, eastern France, on Jan. 28. Police and Jewish officials said Wednesday the cemetery has been desecrated, with some gravestones marked with swastikas. The desecration came as Jews marked the 65th anniversary of the liberation of the Auschwitz death camp, a symbol of the Holocaust, when the Nazis killed millions. [AP / YONHAP]