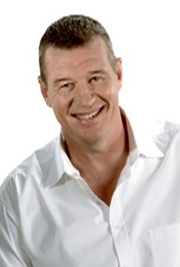 It’s the best news rugby fans in Korea have heard in a long time.

One of New Zealand’s most notable sportsmen, John Kirwan, is visiting Korea to deliver a keynote speech and talk about his compelling personal and sporting life on Thursday as part of an event hosted by the New Zealand Chamber of Commerce in Korea.

Kirwan, who is currently a coach of the Japan Rugby Union national team, used to play on the All Blacks, a national rugby team of New Zealand. He represented the team in 63 rugby test matches, including a star performance during the 1987 Rugby World Cup.

As many famous people do, Kirwan also suffered from depression after gaining world renown. After overcoming his depression, Kirwan became a public spokesperson spreading awareness about illness and its recovery. His support is well known in New Zealand, which awarded him with the New Zealand Order of Merit.

“Having a sportsman of John Kirwan’s caliber speak to the Kiwi Chamber is very exciting as he is a New Zealand legend,” Les Edwards, a chairman of the New Zealand Chamber of Commerce in Korea, also known as the Kiwi Chamber, said in a press release. “It showcases our capability to deliver high-impact events while adding a new dimension beyond the chamber’s typical business and trade-focused fare,” he added.

“A Night of Rugby with John Kirwan” will include an auction of All Blacks and autographed memorabilia. The event, organized by the Kiwi Chamber and sponsored by Standard Charted Bank and Audi Korea, will begin at the Grand Hyatt Seoul’s Regency Room at 7 p.m. Tickets are 85,000 won ($73). For more information, call (02) 725-3905 or visit http://kiwichamber.com.