Slalom stragglers are set for their Olympic cameo

Slalom stragglers are set for their Olympic cameo 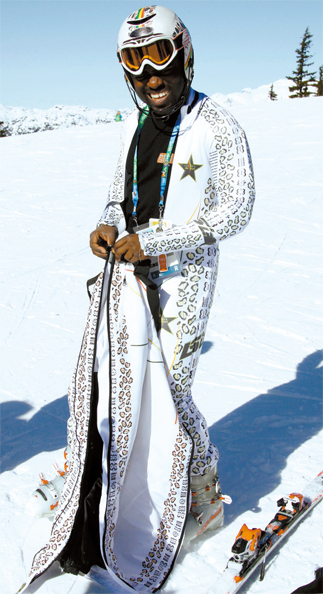 WHISTLER, Canada - Fans at Whistler Creekside will be waving cowbells, flags and hopefully soaking up the sunshine when the men’s and women’s alpine slalom races light up the Olympics.

But coming in the wake of stars like Bode Miller and Lindsey Vonn, a stream of stragglers are hoping to keep fans on their side - in spite of their comparatively poorer performances. Thanks to the “B Standard” rule of the International Ski Federation, known as the FIS, skiers from the most geographically diverse countries can qualify for the Games through FIS-organized races.

If skiers get below the magical 140-point barrier, and competed in the alpine ski world championships in 2009, they can qualify for the Olympic giant slalom and slalom races.


Miller started as a medal favorite in the men’s giant slalom yesterday, having won super-combined gold, silver in the super-G and a downhill bronze. But behind him another 70 or so racers from countries such as Pakistan, Chile, Morocco and Iran will be aiming simply to justify their trip to Canada. 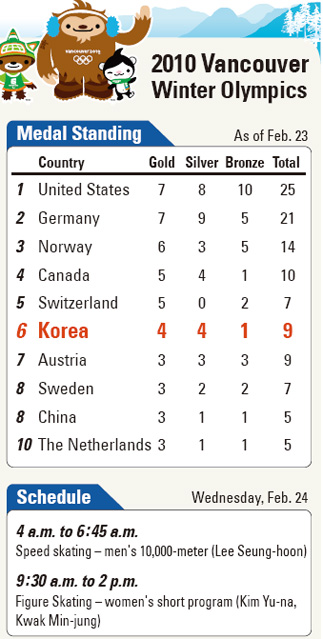 Amongst the supporting cast will be Ghana skier Kwame Nkrumah-Acheampong, known popularly as Snow Leopard. He was born in Glasgow and brought up in Accra and didn’t take up skiing until, having moved back to the United Kingdom to study, he started working at an indoor ski center in Milton Keynes, central England.

As Ghana’s first winter Olympian, the 34-year-old follows in the footsteps of pioneers such as Kenyan Philip Boit, the first black African to compete in a winter Olympics cross-country race, who will end his career in Vancouver.

For FIS official Sarah Fussekit, the goal is helping athletes from developing countries live a little bit of the Olympic dream.

“Many athletes would not be competing if not for the training camps run with the program,” said Fussekit, who coordinates the FIS’s Aid and Promotion Program.

The men’s giant slalom will have 109 competitors representing 64 National Olympic Committees, compared to 64 representing 28 committees in the men’s downhill - a discipline for which qualifying is far stricter. This shows that FIS, at least in the slalom events, is also following Olympic principles.

“FIS is promoting the original principles of sport envisioned by Pierre de Coubertin, founder of the Olympic Movement,” FIS communications manager Riika Rakic said. “FIS policies aim to achieve a balance between high-performance athleticism and the expansion of participating nations.”

Five National Olympic Committees are represented for the first time at this Winter Olympics, all of them entering competitors in the giant slalom. And while some of the newer national associations, such as Ghana, Peru and Colombia, do not benefit from the program because they are not yet affiliated with the FIS, the world ruling body is working hard to boost athletes’ opportunities. Training camps are organized in Austria and around the world. AFP