The family who fought for her Olympic dream

The family who fought for her Olympic dream 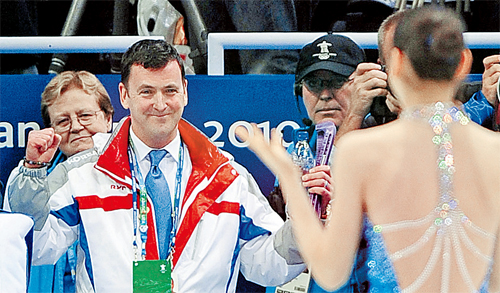 VANCOUVER, Canada - Queen Kim Yu-na reigns supreme - but not alone. The men behind her success on the ice are coach Brian Orser and choreographer David Wilson. Kim and Orser met by chance at the Cricket, Skating and Curling Club in Toronto, Canada, where Orser is the skating director, in May 2006. The 45-year-old was at the end of his professional career and looking to kick-start his life as a coach. Kim was a 15-year-old junior champ with braces.

Kim had been visiting Toronto to learn a new routine from Wilson when she came across Orser. Kim’s mother, Park Mi-hee, and Korean Skating Union officials asked Orser to hone Kim’s jumps over three weeks. 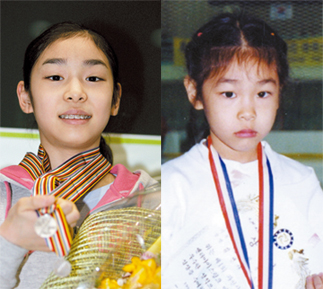 Having successfully learned other jumps, Kim was looking to add the difficult triple axel - which requires three-and-a-half forward jumps in the air - to her arsenal. It is one of the most difficult jumps for figure skaters to master, and is rarely executed in competitions by female competitors. Orser was the first to make the jump in the junior ranks and only the second to do so in senior competitions, earning him the moniker, “Mr. Triple Axel.” Young Yu-na’s supporters figured Orser was the man best suited to help her master the technique.

In the end, Kim failed to perfect the jump. Instead, Orser taught Kim to perfect a jump to offset her inability to make the triple axel: the triple lutz, triple toe loop combination.

Under Orser’s tutelage Kim also learned to express herself in her routines. “I was lucky to have met coach Orser, and it’s an honor to be learning from him,” Kim said after her gold medal win late last week. “As a former world-class figure skater, coach understands the difficulties skaters face.”

Orser showed solidarity by wearing a matching blue necktie for the free skating program. “When I first met Kim, she was a diamond in the rough. I merely chipped away and found the diamond,” Orser said.

Kim’s gold medal was also meaningful to Orser, as the ultimate prize had twice eluded him. As a dominant force in men’s figure skating during the 1980s, Orser was a strong favorite to win gold at the Games in 1984 in Sarajevo and 1988 in Calgary, but he came up short. In 1984, Orser won the short and long programs before losing out to American Scott Hamilton on compulsory figures. He had to settle for a silver medal at both events.

In what was dubbed the “Battle of the Brians,” Orser entered the 1988 Calgary Games as the world champion, but stepped out of a triple flip jump and lost by one-10th of one point to American Brian Boitano. It was so painful that Orser could not bear to watch the footage for a decade.

Wilson, the choreographer on Kim’s coaching staff, has also played a huge role in her development on and off the ice. Although Kim was a world junior champion at 15, she was exhausted from repetitive training and was not having fun when she first arrived in Toronto. Wilson spent time off the ice to get Kim to loosen up by taking her to the movies and concerts. When Kim’s world record-setting and gold medal-winning routine was introduced at the Trophee Eric Bompard in Paris, France last October, many experts agreed it played right into Kim’s strengths.