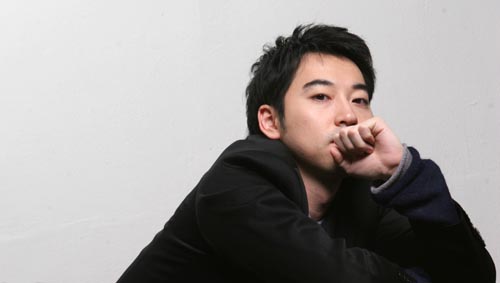 Korean composer/pianist Yiruma will be the special guest at the ‘Lovely White Day Concert’ at the Seoul Arts Center on Sunday. See MUSIC, left. [JoongAng Ilbo]

Beethoven was a major musical figure in the transitional period between the Classical and Romantic eras. In total, he wrote nine symphonies, each representing a certain stage in the evolution of his own musical symphonic language.

The concert was specially organized by a group of the bands’ longtime fans.

Saturday: “Darren Price Performance.” Legendary live D.J., producer and remixer Darren Price will delight fans with his unique electronic music at Club Eden, one of the most popular and hip spots in Gangnam, central Seoul.

Born in 1969, Darren Price began working as a D.J. after he developed a passion for electronic music in the late ’80s in London. In 1994, he joined a crew of live stage D.J.s, and gained prominence as he traveled around the world with Underworld. He released his debut solo album “Under the Flightpath” in 1997.

His clean, cutting-edge techno sounds have made him a favorite in the electronic music crowd. Price’s recent projects include music on the film sound tracks for “Sunshine” and “Breaking and Entering.”

Club Eden is located on level B1 of the Ritz-Carlton hotel in southern Seoul.

Sunday: “Lovely White Day Concert.” On White Day, an unforgettably romantic concert will be held for couples young and old, married or newly in love.

Popular composer/pianist Yiruma is scheduled to make an appearance as a special guest.

He will give a piano performance of “Destiny of Love,” a song he composed.

March 31: “Bob Dylan.” World-famous singer-songwriter Bob Dylan will perform in Seoul for the first time at the end of March. Dylan has been a prominent figure in folk and rock music for the last five decades.

He has released 35 studio albums and 58 singles over his career.

Dylan’s Seoul concert is part of his spring tour of Asia. He released three albums last year, and is expected to play songs from these albums as well as popular hits from his early career.

To Sunday: “Equus.” Peter Shaffer’s critically acclaimed play wraps up its run in Seoul this weekend. This play, about a psychiatrist who attempts to treat a young man who has a pathological religious and sexual fascination with horses, has been a hit since it premiered here this winter.

While the production faithfully follows the characters and the story line of the original, director Jo Jae-hyeon also incorporates his own artistic vision.

This production will give those who have seen the original Equus a different look at Shaffer’s masterpiece, while first-time viewers will be able to appreciate the high production value and strong performances of the actors.

The performances start at 2 and 6 p.m.

To March 28: “Rain Man.” Based on the hit 1988 film of the same name, starring Tom Cruise and Dustin Hoffman, this Korean adaptation is taking Seoul by storm. Director Byeon Jyeong-joo takes charge of this play, which was popular in England and Japan.

The play follows the relationship between two brothers - one abrasive and selfish, the other an autistic savant. Many critics praised the play’s rendering of the conflicting emotions and love that can exist between brothers. Audiences all over the world have been touched by the sincere emotions delivered by the actors.

The performances start at 8 p.m. on Tuesdays, Wednesdays, Thursdays and Fridays. It starts at 7 p.m. on Saturdays, and 6 p.m. on Sundays.

Ensemble LUXE will make an appearance as a special guest. This all-female group is creating a new wave in the classical scene.

The performance begins at 8 p.m. on Friday and 3 p.m. on Saturday.

March 16 to May 16: “La Dispute.” This prose comedy has made its way to Korea. It features a Korean cast that includes Gil Yoon, Choi Gyu-hwa, Lee Eun-joo and Yoon Chae-yeon.

La Dispute is based on a century-old play by French writer Pierre de Marivaux. In this version, producer Im Hyeong-taek and the cast throw a question to the audience: Who is more unfaithful in love, men or women? An alluring tale of love and desire, betrayal and passion, this play also cautions against the dangers and intrigue of seduction.

The play centers around four orphans (two boys and two girls), who have been raised in isolation, from the world and from each other. All over the globe, audiences have been enthralled with the dark tale, and its depiction of true human instincts and emotions.

Friday to March 25: The Tongyeong International Music Festival is held three times a year, in spring, summer and autumn.

The purpose of this festival is to bring together Asian and Western music. This year’s performance theme focuses on the combination of music and art.

The conductor will be Leif Ove Andsnes, who will lead the Norwegian Chamber Orchestra. Performers include Andreas Scholl, a countertenor who will be accompanied by pianist Tamar Halperin, soprano Tony Arnold and violinist Movses Pogossian. Korean performers include pianist Nam Sun-young and song and drama director Park Jeong-seok.

This festival will take place at the Tongyeong Culture Hall, Namman Park Way, in the city of Tongyeong, South Gyeongsang.

March 17 to 21: Korea has a long tradition of bullfighting. The province of North Gyeongsang, in particular, has a bullfighting competition that dates back 1,000 years. It is now the home of the country’s largest bullfighting festival.

The highlight of the Cheongdo Bullfighting Festival is the bullfighting competition, in which over 100 bulls compete.

The festival program includes a competition between the Korean and Japanese teams. There will also be a U.S.-style rodeo featuring members of the armed forces who are stationed in Korea, and a performance by the U.S. rodeo team.

From Seoul Station, take a train to Cheongdo Station to reach the festival venue.

March 20 to April 1: Once a year in Jindo, the seas mysteriously part just like the Moses’ miracle, and visitors can walk through the sea from the mainland to a nearby island. This phenomenon is the result of the difference in the high tides and low tides, which creates a 2.8-kilometer (1.7-mile) long road measuring 40 to 60 meters in width. The Jindo Sea-Parting Festival coincides with this phenomenon. Visitors can enjoy walking along the sea road as well as the many other activities that make up the festival program.

March 27 to 28: An exciting international kite flying contest will be held at the beautiful Dadaepo Beach in Busan. During this competition, kites of various sizes, shapes and colors can be seen floating against the blue sky.