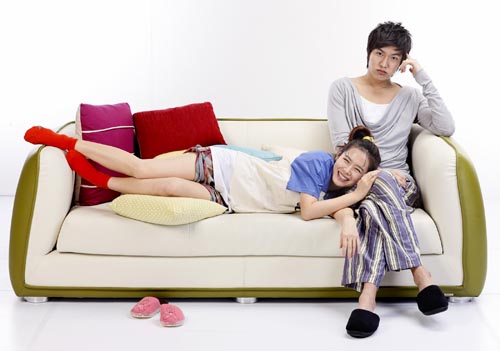 Lee Min-ho, right, will play a man who pretends to be gay so he can live with a woman played by Son Ye-jin, left, who wants a gay friend in the MBC TV drama “Personal Preference.” Provided by MBC


Gay love was once a hush-hush topic in Korean TV dramas, but starting this month two prime-time shows, “Life is Beautiful” and “Personal Preference,” will deal with two kinds of homosexual relationships, and in very different tones.

Life is Beautiful, written by “soap opera queen” Kim Soo-hyun, who most recently penned “Mom Has Grown Horns” for KBS2, depicts the struggles of a gay couple played by Song Chang-eui and Lee Sang-woo, whose families, unaware of their orientation, constantly pressure them to go on blind dates with women. The show premieres March 20.

“Kim is one of those writers who is quick to read changing trends in society,” said Park Hyun-jeong, a vice head of the public relations team at SBS. “Kim wanted to talk about love, especially marginalized or unaccepted love, this time through a gay couple along with the story of a remarried family.”

Meanwhile, Personal Preference, which begins March 31, tells the story of a woman, played by Son Ye-jin, who wishes she had a gay friend. Lee Min-ho appears as her new roommate, a straight man who pretends to be gay.

Characters have referenced homosexuality in TV dramas for years, but it’s rarely been the main focus of a show. And real homosexual characters are still rare. For example, “Coffee Prince” from 2007 depicted a romance between a male protagonist and a worker at a coffee shop whom he thinks is a boy, but who turns out to be a girl in disguise. Using cross-dressing to tease at male sexual identity is a trick older than Shakespeare - not exactly revolutionary.

Korean filmmakers have looked frankly at gay love, no doubt helped along by decades of international interest in their work, but homosexual pioneers on television have had a rough road. In fact, Hong Seok-cheon is still the only local TV celebrity to admit to being gay, and it wasn’t his choice to begin with.

Hong was forced to confess his long-held secret in 2000 in the face of swirling rumors about his sexual orientation, and the tears he shed at the press conference stirred a range of reactions, some sympathetic, but many viewers were disgusted.

Right after the press conference, Hong, who had been a regular on many hit shows and sitcoms thanks to his affable, easy public persona, was fired from all of them - even the popular educational program for children “Ppo Ppo Ppo,” or “Kiss Kiss Kiss.” 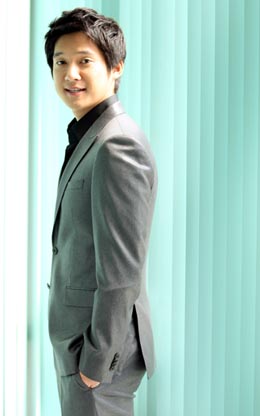 After the firings, executives at Hong’s erstwhile employer MBC - which airs Personal Preference this month - explained that they feared Hong might be a bad role model for young children.

It took three years for Hong to mount a comeback to TV, but that too was a disaster. When the writer Kim gave him a role as a gay man in “Complete Love” in 2003, Hong received a barrage of hate mail from viewers. The bulletin board for the drama overflowed with vulgar curses targeting Hong. Ever since, serious depictions of gay characters have all but disappeared from local TV.

But Hong, who now runs five restaurants and is a frequent contributor to TV dramas and cable TV shows, feels times have really changed.

“It’s been 10 years since I came out of the closet, and things have dramatically changed today compared to a decade ago,” Hong was quoted as saying to a local sports newspaper late last year. “I can’t believe Lee Min-ho, who is so popular, will play a gay role.”

In a nation where Confucianism is still deeply rooted, most promising male leads still refuse outright to portray gay characters, afraid of typecasting or worse. But Lee Min-ho, though his character is not actually gay, is at the peak of his popularity, just coming off an acclaimed run as a rich kid on the 2009 TV drama “Boys Over Flowers.”

Two other famous actors, Lee Jun-ki and Kim Nam-gil, also gained a huge fan base after they played gay roles in the films “King and the Clown” (2005) and “No Regret” (2006), respectively. Perhaps this time Korean viewers are ready to accept that some people do have different “personal preferences.”