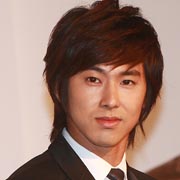 U-Know Yoon-ho, a member of the boy band TVXQ, will perform with the band from the film “Michael Jackson’s This Is It” in a concert tribute to the King of Pop at the War Memorial of Korea in Yongsan, central Seoul, on March 27 and 28.

To prepare for the event, U-Know met with the original performers from the movie and has been training with them in Las Vegas since March 5.

According to the organizers, S2 Entertainment, “U-Know is currently getting lessons from some of the world’s most renowned choreographers and will be performing some of Michael Jackson’s songs.”

The singer is reportedly practicing 10 hours a day to perfect Jackson’s hits, including “Thriller,” “Smooth Criminal” and “Jam.”