Something to get animated about

Something to get animated about 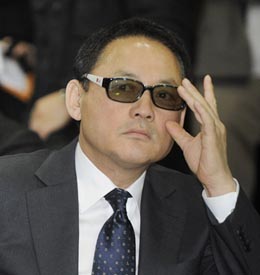 At a glance, the cartoon character Pucca looks like she comes from China. In fact, the decade-old character is Korean, though the company who created her, Vooz, says she’s the embodiment of the only daughter of Chinese restaurant owners.

But what’s really special about this oval-faced girl in red qipao, or Chinese dress, is her marketing power. Products bearing her likeness racked up more than 500 billion won ($441 million) in retail sales from 120 countries worldwide and 15 billion won in royalty fees in 2009 alone. The products range from stationery to clothing and accessories.

In anticipation of similar successes, the Culture Ministry last week vowed to invest 259.2 billion won to foster the worldwide distribution of animated cartoons, comics and character brands content by 2013 under the “2013 CAN (Cartoon+Animation)” policy.

“With the advent of the blockbuster movie ‘Avatar’ and the iPhone, we came up with a strategy to proactively cope with the changes in the media environment - convergence,” said Culture Minister Yu In-chon in a press briefing.

As part of the strategy, the ministry will launch an open market for animation, comics and characters by the end of next year and provide a budget for translating Korean animation and comics into other languages. The ministry has designated the United States and China as targets for strategic inroads.

Animation, comics and characters have been prospering in recent years. Ministry data shows their market in Korea reached 6.23 trillion won in 2008, the latest year with data available, and the annual average growth in the three sectors from 2003 through 2007 stood at 38.1 percent.

The ministry cited Hollywood as an example. The epicenter of the world’s movie business has seen immensely popular movies grow out of comic books such as Spider-Man, Batman, Men in Black, Superman and Transformers. Thirteen of the top-100 box-office movies in the United States so far originated from comics.