Racing toward a dissonant drive

Racing toward a dissonant drive 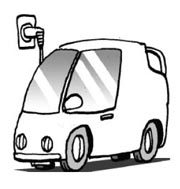 The distinctive feature of Harley-Davidson motorcycles is the roaring sound of their engines. It is said that the cycle of engine combustion is built to match the rhythm of human heartbeats. As soon as the engine is started, it roars up like the heartbeat of a young person in love.

Harley-Davidson Motor Company had even applied for a patent for its peculiar engine sound in 1944 but gave up on the idea because of the complicated paperwork. The engine sounds of Harley-Davidson bikes imported to Korea are adjusted to below 80 decibels in accordance with the local law. Therefore, it is not possible to hear the original roaring sound of its engine unless it’s readjusted.

The manufacturers of Ferrari, one of the most prominent sports-car makers, pay close attention to the roar of an engine as they put their final touches to a vehicle. Sports-car lovers will recognize a Ferrari’s deep metallic growl and sigh in envy of the Italian marvel.

Race fans will tell you that one of the most exciting moments of Formula One is hearing the deafening vroom of the racing cars.

Of course, engine noise has a practical purpose beyond its romantic charms. Luxury sedans are so quiet that drivers often make the mistake of thinking the engine is off and turning the key again. Jaguar has gotten around this problem by having the car play a tenor C note when the engine is turned on.

Electric vehicles, on the other hand, do not make any noise because they run on electric motors, not combustion engines. They do not even make noise from the friction between the car wheels and the surface of the road when traveling at speeds less than 40 kilometers per hour (25 miles per hour).

This lack of noise has proved dangerous to both car passengers and pedestrians. Other cars and people crossing the street cannot hear the car coming, so the chances of an accident occurring increases greatly.

A quiet engine, once the source of pride of luxury carmakers, has become a safety problem. The United States Congress is even considering forcing carmakers to create vehicles with a minimum noise level.

Amid the increasing number of quiet vehicles a new market has emerged: artificial car noises. Companies have come out with jet plane, motorcycle and sports-car noises that can be played outside of cars. They also sell solemn concertos, gentle sonatas and songs of birds to alert people of a car’s approach. Like cell phone ringtones, drivers can choose from a range of noises depending on their mood or the road conditions.

Electric cars will hit the streets next month in Korea. I am curious what kind of noises will fill the streets when electric vehicles fill the roads. I worry that all of the cars making their own unique noises will create a concerto of dissonance on the roadway.