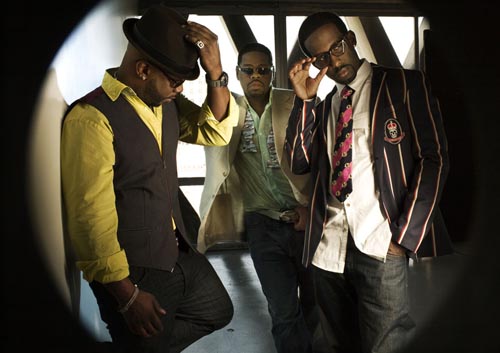 R&B group Boyz II Men will perform in Seoul next week at the Fencing Stadium in Olympic Park. The concert will start at 8 p.m. on April 16 and at 7 p.m. on April 17. See MUSIC, left. [JoongAng Ilbo]

This year, Lee is back to perform several shows with composer Lee Seung-hwan, on the piano, and former Gigs member Lee Sang-min.

Lee made her debut in 1991 and has since had a long list of hit songs, including “I Am Happy.”

The concert starts at 8 p.m. on Thursdays and Fridays and at 7 p.m. on Saturdays and Sundays.

Friday: “Argerich and Chung Myung-whun’s Invitation to a Historic Moment.” Martha Argerich, known by many as a living legend of the piano, is in Seoul for a concert this week.

Argerich will be joined by renowned conductor Chung Myung-whun, who will not only conduct, but will also play a piano duet with Argerich, “Hungarian Dance for Four Hands” by Brahms. This is widely known as an orchestral piece, but was originally composed as a piano duet.

Argerich has released eight albums with conductors such as Klaus Tennstedt, Nikolaus Harnoncourt and Riccardo Chailly, and she has performed at numerous venues around the world.

She played the Schumann Piano Concerto with Radio France Philharmonic under the direction of Chung in Paris, France, and released an album with Deutsche Grammophon.

Gilberto is the sister of Joao Gilberto, known as the founder of bossa nova, and of Chico Buarque, who is also a significant figure in Brazilian music. She is also a daughter of Miucha, a famous vocalist.

In recent years, Bebel Gilberto has infused traditional Brazilian music with electronica and other genres.

From Saturday to Sunday: “The Great Moment: Season 1.” Popular Korean musicians - including R&B singer Wheesung, the hip-hop duo Leessang, the diva Jeong In, and Big Mama group member Lee Young-hyun - will come together this weekend for two concerts.

These performances mark the beginning of a series of shows around the country featuring these well-known Korean stars.

Following its performances in Seoul, the group will travel to Daejeon and Gwangju for concerts next month.

The Seoul concert starts at 7 p.m. on Saturday and at 6 p.m. on Sunday.

From April 16 to 17: “Boyz II Men with 4Men.” R&B music lovers are in for a big treat this month when the world-famous American R&B group Boyz II Men comes to Seoul. The concert will be their first in Korea in five years and is part of their current world tour.

The group became well-known when their song “End of the Road” surged to the top of the Billboard singles chart in 1992 and stayed there for 13 weeks straight.

The band has released 10 studio albums and sold more than 60 million records since their debut in 1991.

For their two Seoul concerts, Boyz II Men will be joined by Korean idol group 4Men. The Korean band has produced several local hits, including “First Kiss” and “Baby Baby.”

April 18: “Masters at Work in Seoul.” Masters at Work, the house-music production and remix team of Little Louie Vega and Kenny Dope Gonzalez, is holding its first concert in Seoul. The duo first worked together in 1990 under the name Masters at Work, but they have also produced music under other names including KenLou, Sole Fusion and Nuyorican Soul.

Little Louie Vega, who grew up in New York City, is known as the Miles Davis of dance music. Kenny Dope, also from New York, has released dozens of albums as a D.J. and producer.

“Sa-choom,” which means “Dance when you are in love,” follows three characters as they grow up and have their first experiences with love and friendship. The story will appeal to audiences of all backgrounds with its universal coming-of-age themes and brilliant imagery.

The play begins with a Homecoming Day celebration at Jeongdok High School, where seven middle-aged alumni have gathered. When students, they were imprisoned for distributing materials criticizing the Yushin Constitution, which gave expansive powers to the Korean president. While they were in jail, one of their fellow protesters died, leaving behind a baby daughter. The alumni find out that their friend’s daughter is being held back by a stranger and decide to tell her the truth about her father.

The performance starts at 8 p.m. on weekdays, at 5 and 8 p.m. on Fridays, at 3 p.m. on Sundays. There are no performances on Mondays.

April 21 to June 13: “Musical Monte Cristo.” The musical version of Alexandre Dumas’ 1844 novel “The Count of Monte Cristo” will begin a performance run in Seoul later this month.

The musical follows Edmond Dantes, an honest sailor who is wrongfully arrested during his engagement party for being a traitor to his country. To carry out his plan for revenge, Dantes transforms himself into the mysterious and wealthy Count of Monte Cristo.

The musical starts at 8 p.m. on weekdays and at 3 and 7 p.m. on weekends and public holidays. There are no performances on Mondays.

Through April 20: Orchestras from across the nation will be in Seoul this month for the the Seoul Arts Center’s 22nd Orchestra Festival.

The festival concludes on April 20 with the Busan Philharmonic Orchestra performing with Julius-Jeongwon Kim.

Tickets range from 10,000 won to 30,000 won. There is a discount if you buy tickets to multiple performances.