Will you answer the call to serve?

Will you answer the call to serve? 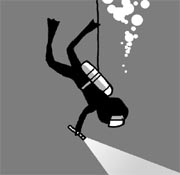 On Sept. 6, 1914, the fate of Paris was like a candle in the wind. The invading German forces had advanced to 50 kilometers (31 miles) north of Paris, and it seemed that the Eiffel Tower would fall at any moment into German hands. For the French army that was fending off the German forces at the Marne River, the only hope was the arrival of reinforcements. Fortunately, there were around 4,000 troops in Paris at that time, but the problem was getting them to the front; the trains were taken up with the injured and refugees, and there was no way to mobilize such a large number of horses in a short time.

Then, the commander of the Paris defense corps came up with a great idea: mobilize 600 of the taxis in Paris. At the request of the military, the taxi drivers gathered at a designated place one by one. Thanks to the drivers, who traveled under the cover of night to avoid enemy planes, the troops were able to get to the front in just two days. The German forces became inferior to the French in number and they were unable to get closer to Paris until the end of World War I. According to Alfred W. Crosby, who wrote “Children of the Sun,” the taxi drivers later received recognition for their service to the country.

Soldiers are not the only ones who fight in a war. Often, there are cases in which there is no distinction between a soldier and a civilian when a national summons is called. That’s because when the nation is facing a crisis, it is the lives of the people that are ruined first. Seonalsoe, a character in Kim Hoon’s novel “Namhansanseong,” also responded to a royal summons. King Injo of the Joseon Dynasty, who reigned from 1623-49, was besieged by the invading Qing forces from China at Namhansanseong, a fortress south of the Han River. The king was anxious to find a secret envoy that could convey his appeal for reinforcements to those outside the fortress walls.

At the provisional court, the courtiers engaged in a war of words, arguing that the noblemen could not fulfill their duties, as they didn’t know the way out and that the soldiers from the lower classes could not be trusted. Then, Kim Sang-heon, minister of the Protocol Board, came to see Seonalsoe, a blacksmith he trusted, and asked him to fulfill the duty. Seonalsoe said, “What else can a lowly subject do but respond to a royal summons? Only when the royal court is in order, can we, the subjects, depart.” Afterward, he was given a high government post, even though he was from the lowest class.

After the sinking of the Navy patrol ship Cheonan, many civilians participated in the search and recovery effort in response to a government request. Although their fishing nets were ripped and nine fishermen were lost or went missing, they remained devoted. They said it was the natural thing to do since they can exist only when the country is intact.

We should not take their noble sacrifices for granted. We need to return the favor, as France and the Joseon king once did.