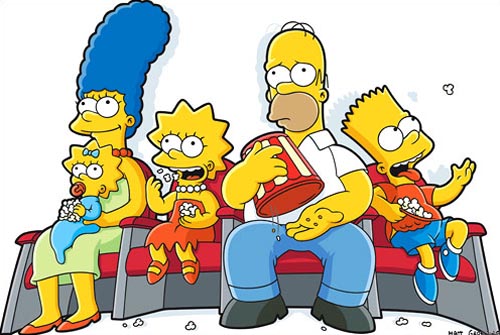 A survey shows that “The Simpsons,” which debuted in 1989, appears to have had a Shakespearean impact on the English language. [AFP]

LONDON - “D’oh!” - the grunt of frustration used by Homer Simpson - is the phrase from “The Simpsons” that has had the most impact on the English language, an international survey of translators showed on Thursday.

Other expressions made famous by the U.S. series since its launch two decades ago include “craptacular,” “eat my shorts” and the dismissive “meh,” according to the survey of 320 linguists.

“Cheese-eating surrender monkeys” - which gained currency as a description of the French by U.S. critics during the 2003 invasion of Iraq - is also among the phrases that have entered the global lexicon via television.

The survey, which considered which words or phrases from The Simpsons have had an impact on the English language, was based on answers from translators working around the world for a London-based translation agency.

The results were as follows:

* 37 percent: “D’oh!” - a grunt expressing frustration at realizing that things have gone wrong, or that one has just said or done something foolish.

* 13 percent: “introubulate - to get someone into trouble.

* 1 percent: “kwyjibo” - a word made up by Bart Simpson to win a Scrabble game. Defined as “a big dumb balding North American ape with no chin.”

“Homer Simpson must be the most influential wordsmith since Shakespeare,” said Jurga Zilinskiene, head of Today Translations, which did the survey.