Women to whom we owe a debt

Women to whom we owe a debt 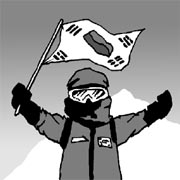 In modern China, two women made a significant impression on the public. One woman contributed to modern China, the other spoiled it, according to the Chinese press. Let’s take a look at the latter first.

At 2 p.m. on Oct. 1, 1949, Mao Zedong, Zhu De, Liu Shaoqi and Zhou Enlai arrived at the parking lot behind Tiananmen Square one by one. Vehicles carrying Soong Ching-ling, Lee Jisen and Guo Merlu were the next to arrive. All were there to attend the ceremony of the foundation of the People’s Republic of China. All passed through the gate without being checked. Other participants were only allowed to enter the gate after exhibiting their passes.

At 3 p.m. the same day, a woman tried to enter the gate that led to the balcony of the Working People’s Cultural Palace. It was Mao’s wife, Jiang Qing. A guard stopped her because she didn’t have a pass. Jiang shouted at him, “Do you know who I am? I am going to meet the president.” The guard reported the incident to the director of the Public Security Bureau, who told him to “handle it.” Jiang was not allowed to go up. The Chinese press reported on the incident, saying, “China is spoiled by women like her.” The official Web site of the Chinese Communist Party even ran a story on it.

The woman who is remembered for her contributions to modern China was Madame Sun Yat-sen (Soong Ching-ling). In March 1927, the second popular uprising initiated by the Communist Party in Shanghai failed. Under the circumstances, Soong applied for entry to the party, but with the flurry of activity in Shanghai, her admission was postponed. By 1957, the situation in China was still chaotic after the nation’s founding but Soong met with Vice President Liu Shaoqi and told him she still wanted membership. Liu was embarrassed and he immediately reported it to Mao.

Premier Zhou then came to see her, bowing and apologizing, “The party thought that you could perform a bigger role for the revolution if you remained outside of the party. You are already a member of the party.” Later, Liu paid his respects to her, saying, “She has stood by the party, and the people, in times of trouble. The contributions she has made exceed those of any of our comrades.” When Soong passed away on May 29, 1981, the party gave her a state funeral and 1 million people bade her farewell.

Korea also has its share of great women. Park Se-ri, Ji Hyeon-ok (the first Korean woman to summit Everest), Kim Yu-na and Lee Sang-hwa are just a few. This week, we added yet another woman to the list: Oh Eun-sun. She achieved the incredible by conquering the 14 highest peaks in the world. Her achievement gives us hope, especially as we mourn the 46 sailors who died in the sinking of the Cheonan. She is just one of the many women of Korea who deserve our utmost respect for the difference they make in our lives.