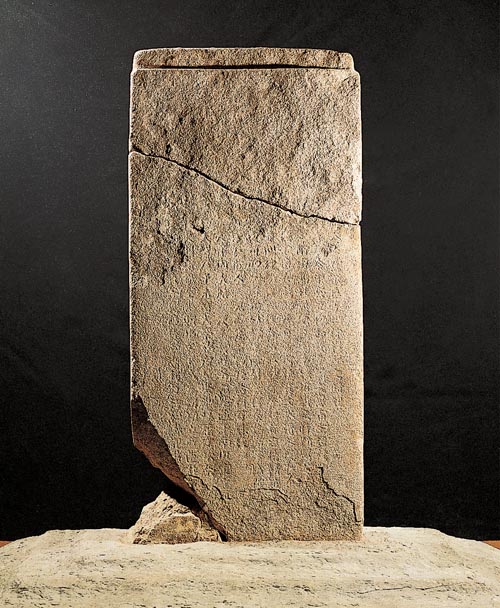 The Silla Dynasty (57 B.C.-935) prospered in the middle of the sixth century. King Jinheung had expanded his kingdom immensely and provided a solid land basis for the unification of the Three Kingdoms - Goguryeo, Baekje and Silla. The king surveyed the newly acquired territory and wanted to commemorate his achievements by setting up a marker signifying his reign and the power of the dynasty. The stele was erected on Mount Bukhan around the year 555.

The stele scholar Kim Jeong-hui identified the purpose of this monument in 1816, an act that is also recorded on the side of the stone.