N. Korean leader Kim believed to be in China: official

N. Korean leader Kim believed to be in China: official 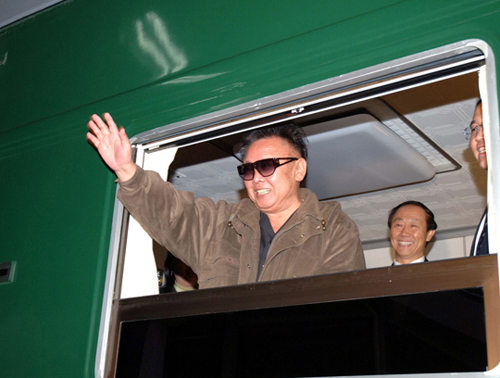 North Korean leader Kim Jong-il is believed to have arrived in the Chinese border city of Dandong early Monday by train and is heading to the port city of Dalian, sources in Seoul and Beijing said.

"We have confirmed the arrival of a special train at Dandong, and we believe it is highly likely that Chairman Kim was on board," an official in Seoul said, referring to the North Korean leader by his official title as the head of the National Defense Commission.

The government is trying to confirm details, the official added.

The 17-carriage train arrived in Dandong around 5:20 a.m. (local time) Monday, one day after diplomatic sources here and in the Chinese city said Kim's trip to China was imminent. 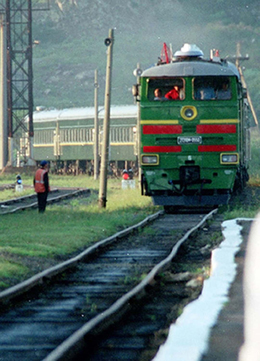 A diplomatic source in Beijing said Kim did arrive in China early Monday and was heading to Dalian.

"It is extremely rare to see a 17-carriage North Korean train come into China," the source said, asking not to be identified.

All regular passenger trains from North Korea to Dandong arrive in the afternoon and usually have only four or five coaches.

Some 200 Chinese police officers surrounded the train station in Dandong early Monday, and the entire road in front of the station was blocked to traffic ahead of the train's arrival. The blockade was removed around 6:30 a.m.

It was not clear whether or why Kim would head to Dalian as his first stop. Analysts say it may have to do with North Korea's plan to develop its own port, Rajin.

Kim has visited China four times by train since 2000. He is said to be afraid of flying.

The trip to China has long been anticipated by Seoul and Washington, who hoped the visit will be followed by Pyongyang's announcing it will return to six-party talks on its denuclearization.

The prospect of a trip dimmed with suspicions that the North was behind the sinking of a South Korean warship on March 26 that killed 46 young sailors aboard.

South Korean Foreign Minister Yu Myung-hwan earlier said his country will oppose resuming the nuclear negotiations if the communist North is found to have been involved in the sinking of the 1,200-ton warship Cheonan because the North "must be made to pay for its actions."

Kim's trip to China is believed to be aimed largely at winning economic assistance for his impoverished nation, which is under strengthened U.N. sanctions imposed last year after its missile and nuclear tests.

The North has said it will not return to the nuclear negotiations until the removal of the U.N. sanctions and the start of discussions for a peace treaty on the Korean Peninsula.

The nuclear talks, involving both South and North Korea, the United States, Japan, China and Russia, were last held in December 2008. [Yonhap]