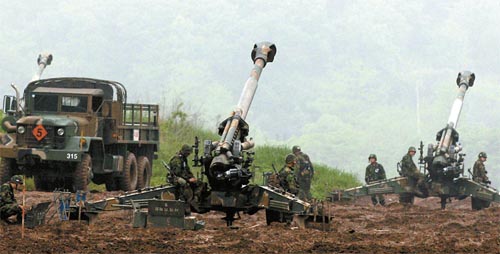 South Korean artillery soldiers take positions during an exercise against possible North Korean attacks in Paju, north of Seoul, near the demilitarized zone between the two Koreas, yesterday. South Korea resumed propaganda broadcasts into North Korea in response to a deadly torpedo attack that sank a South Korean warship, officials said, amid heightened tensions on the peninsula. [AP/YONHAP]